A fired employee releases an audio recording of his heated meeting with Louisiana Public Broadcasting President and CEO Beth Courtney. 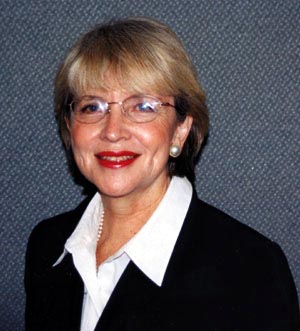 Jeff Duhé says he's the one who blew the whistle on Louisiana Public Broadcasting's President and Chief Executive Officer Beth Courtney, who was recently fined $10,000 by the Louisiana Board of Ethics. At least that's what Duhé told Accuracy in Media, a conservative media watchdog group. He also released an audio recording he made of a 2004 tongue-lashing he received at the hands of his former boss.

On Jan. 24, Cliff Kincaid, editor of the AIM Report, the online newsletter of AIM, revealed that Duhé had reported Courtney to the ethics board. On Jan.12, the board ruled that Courtney and her husband, Bob, had violated state ethics laws prohibiting state employees and their family members from doing business with the state agency where the employee works. Bob Courtney's company, Courtney Communications, was paid $46,869 by John Camp Productions Inc. to develop three documentaries.

Duhé told AIM: "Just after I reported her unethical activities to the governor's executive counsel, I was fired. A thorough, hate- and profanity-filled screaming fit came first, of course. Anybody want to hear it? I've got it in MP3 now. It's 52 minutes long."

We wanted to hear it. On Jan. 26, at our request, Duhé directed The Independent Weekly to a Web page with an audio MP3 file (http://www.yourfilelink.com/get.php?fid=11301). But the audio was only 16 minutes long, not the 52 minutes Duhé claimed he had.

The Independent Weekly requested the entire version, but Duhé would not release it. He wrote in an e-mail: "As I'm sure you can appreciate, there are future legal options available to me in this matter." When AIM's Kincaid was asked if he had heard the entire version or the shorter one, he responded: "I heard so much I was sickened by it. I didn't time it."

Before Kincaid named Duhé as the whistleblower, AIM had called for a federal investigation into whether Courtney should remain on the board of the Corporation for Public Broadcasting. The organization has also supported the controversial efforts of former Corporation for Public Broadcasting Chairman Kenneth Tomlinson to infuse more conservative views into CPB's programming. Tomlinson resigned from his post in November after it was revealed that he had hired an outside consultant to monitor the political content of public broadcast programs, without the CPB board's knowledge.

In the 16 minutes of audio that Duhé provided, the nature of the meeting is unclear. What is clear is that Duhé gets a caustic lecture from Courtney for not covering a story he was assigned to do. Duhé talks very little, but Courtney's yelling and profanity is heard loud and clear. Courtney declined to comment on the recording.

Duhé told The Advocate that the recording was made in 2004 shortly before he was fired. He told AIM Report that the confrontation with Courtney was over his refusal "to produce a story on a business I suspected was a client of Bob's."

At one point in the recording, Courtney says, "Nobody said go make somebody look good. We said do something on the economy, maybe Bass Pro, because it's 5,000 f--king stories. I don't care about Bass Pro. Do something on the economy ' the number one issue ' not streetcars. Do you understand that? The economy, not streetcars! West Nile virus, serial killers, not people making art out of matchsticks! If you don't want to do that, and you're not good at it, since you don't want to or you're pouting â?¦ because [sarcastically] it's unethical for management to have a conversation with you about doing a story on the economy. Are you crazy, Jeff? I have no vested interest in Bass ' I don't give a f--k about Bass Pro. I said that it's a news story that's of interest in north Louisiana."

At another juncture, Courtney tells Duhé, "I'm just a straightforward person, Jeff. And I tell you exactly what I think, and I'm sorry when I hurt people's feeling sometimes, but I'm not a weasel, and I don't pout."

Courtney later adds: "Have you lost all sense of proportion? â?¦ You work for us. â?¦ Do you have any idea that if you worked for another television [station], your ass would have been fired about 15 times? I happen to like you, oddly enough. I happen to admire your talent, strangely enough. I'm appalled by your immature behavior. You're a grown man who has plenty of talent, who doesn't need to act childish."

At the end of the recording, Duhé says he didn't cover two different stories because he felt there was "management interference" in the content of his program. He adds, "I thought one of the more polite ways to do it was to, you know, not do the story, rather than simply refusing and being rude in any way to you."

The day after Duhé provided a copy of the recording to The Independent Weekly, Louisiana news Web site The Dead Pelican posted the audio online. Duhé seemed to be sticking to his initial pledge to provide the audio to anyone who wanted to hear it, but that's not what he later told The Advocate. The paper reported, "Duhé said Friday that he did not provide the recording to The Dead Pelican or any other Web site. He said he did share the recording with friends and with the Louisiana Educational Television Authority which oversees LPB."

Despite his earlier willingness to share the recording ' and essentially tell his side of the story ' Duhé isn't talking much now. "Right now, I may have said enough," he says via e-mail. "However, I will say the tape recorder was in plain sight and there are witnesses to that fact." On the recording, Duhé's voice is quite prominent, and it sounds as if Courtney is on the other side of the room, leaving questions as to whether Courtney knew she was being recording during the meeting. And since he won't release the full 52-minute version, it's also unclear how it was edited down to the 16-minute version.

"Believe it or not, I'm tired of the whole affair," Duhé adds. "I would have let it go a year and a half ago if she hadn't waged an aggressive war of slander against me. That's what drove me to report her to the Ethics Board and the Legislative Auditor. In the past two weeks, I have learned that she is trying to slander someone else who is entirely innocent and undeserving of her abuse. That's what got me mad enough to talk to AIM and has brought it all up again. The [Louisiana Educational Television Authority] Board is looking into it, and so is CPB."

State Legislative Auditor Steve Theriot says his agency's findings will be made public later this month. Michael Levy, a CPB spokesman, confirms there is an independent investigation under way as to whether Courtney violated CPB ethics.

On Friday, the LETA board sent a letter to LPB employees stating that it had formed a committee that examined Duhé's claims and "found no basis to support the allegations." It also added: "Mr. Duhé's termination of employment from LPB was not retaliatory."