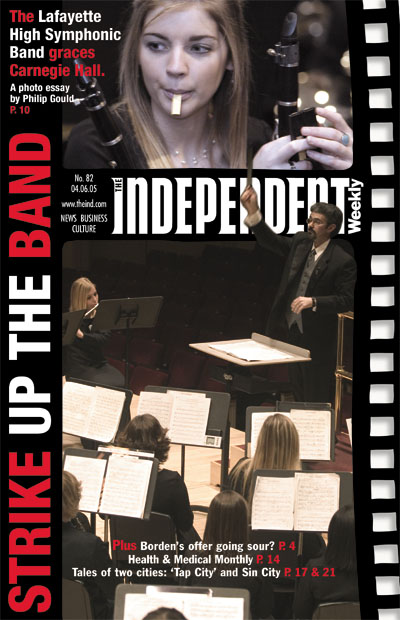 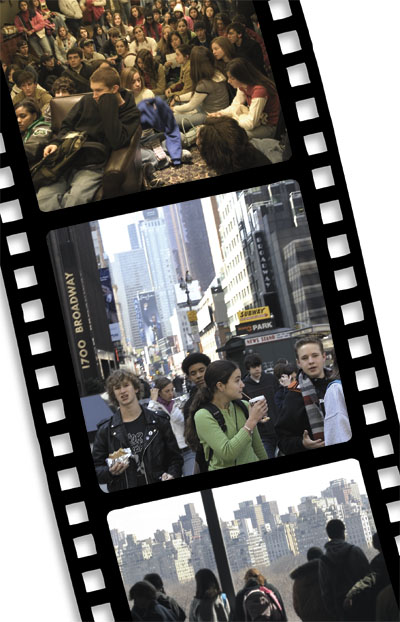 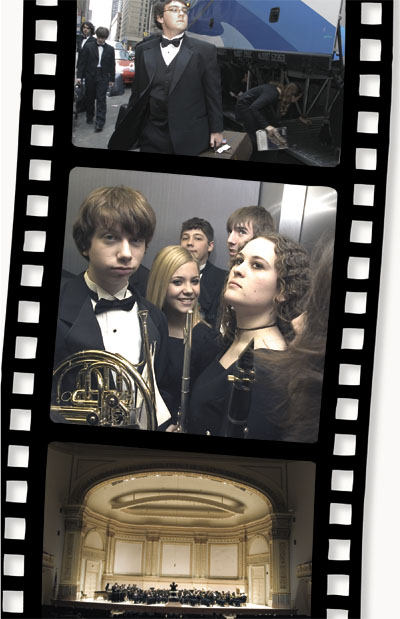 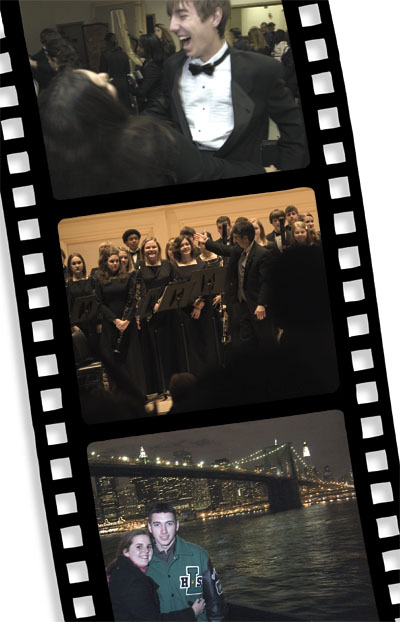 The Lafayette High Symphonic Band played at New York's famed Carnegie Hall during Easter weekend, and The Independent Weekly asked award-winning Lafayette photographer Philip Gould to document the trip and performance. Gould has captured Louisiana culture and architecture since the mid-70s; His books include Louisiana Faces, Louisiana Homes of A. Hays Town and Natchitoches and Louisiana's Timeless Cane River.

Gould's son, Colin, plays bass clarinet in the band, and Gould accompanied the band on its big day at Carnegie Hall. The following photo essay encapsulates 24 hours where the Lafayette High School Symphonic Band ' after years of preparation and hard work ' made a dream come true. ' Scott Jordan

"It is indescribable to be on stage at Carnegie Hall," says Scotty Walker, the band's director for the last 16 years. Walker first experienced that feeling in 1996, when he brought the Lafayette High Band to participate in the National Band and Orchestra Festival, an annual invitational event showcasing top high school ensembles from around the nation. He earned the first invitation after submitting an audition tape. Upon acceptance, the festival hosts offered him a standing invitation: Come whenever you are ready.

The 2001 band also played the festival ' and the current band was ready to make its own statement in 2005. "This is a musically mature ensemble," says Walker. "There are no weaknesses amongst the players."

"I know the students were nervous before entering the hall," says Walker. "But as they played the sound was so pure, it was a cleansing for them."

Renowned conductor Donald Runnicles notes in the Carnegie Hall program guide, "It's no coincidence that the greatest orchestras play in the finest halls. It is the way an orchestra hears itself. It clearly has an impact on their music making and gives the musicians a psychological boost. The hall is like an instrument 'You play it."

To round out the trip, students also attended morning mass at St. Patrick's Cathedral, strolled Broadway, enjoyed a tour of Jazz at Lincoln Center led by its president Derek Gordon, and went to the Empire State Building. While waiting for their return flight home on Monday, some band members gave an impromptu concert in the airport terminal in the finest busking tradition, with hat out for tips, and took in $8.

Junior trombonist Thomas Mizelle sums up the experience: "All this hearing about Carnegie Hall, and I got to stand and play there. It was awesome."