Scientists investigating dolphin deaths in the Gulf of Mexico have been gagged.

This comes as no surprise to anyone who has been paying attention over the last year: Wildlife biologists, contracted by the National Marine Fisheries Service to investigate the huge rise in dolphin deaths in the Gulf, have been told to shut up and keep their findings confidential. In short, scientists associated with the project have been gagged because the review of dolphin deaths is part of a larger federal investigation into the BP Deepwater Horizon oil spill of 2010. 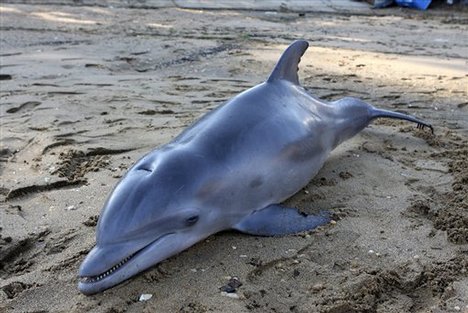 In a letter sent to scientists associated with the project, officials state that "because of the seriousness of the legal case, no data or findings may be released, presented or discussed outside the investigative team without prior approval."