Newly minted state Sen. Jonathan Perry has been elected the 2011-2012 chairman of the Acadiana Legislative Delegation. 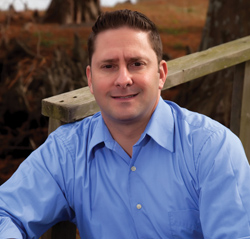 Newly minted state Sen. Jonathan Perry, who won the District 26 seat in a February special election during the final year of his first term as state representative, has been elected the 2011-2012 chairman of the Acadiana Legislative Delegation. The delegation represents 22 south- and southwest Louisiana parishes, the core of which comprises Acadia, Iberia, Lafayette, St. Landry, St. Martin, St. Mary and Vermilion parishes.

"During such a difficult special session and upcoming regular fiscal session working together helps us to promote and protect our area and improve the conditions and objectives we share," Perry says in a press release touting the election. "As a group we command more attention and have a stronger voice in deliberations on the House and Senate floor than we would individually. This makes us more effective as legislators and enables us to do a better job for our constituents."

Also elected to leadership posts in the delegation are Rep. Simone Champagne of Jenearette as vice chair and Rep. Mickey Guillory of Eunice as treasurer.

The Acadiana Legislative Delegation was formed in 1979 and comprises 32 representatives and 11 senators.