The state House and Senate signed off on a congressional redistricting plan Wednesday afternoon that largely preserves the power bases of the five incumbent congressmen and leaves freshman U.S. Rep. Jeff Landry, R-New Iberia, on the outside looking in.

The state House and Senate signed off on a congressional redistricting plan Wednesday afternoon - just hours before the scheduled close of the special session - that largely preserves the power bases of the five incumbent congressmen and leaves freshman U.S. Rep. Jeff Landry, R-New Iberia, on the outside looking in.

The plan (see map below), which must be approved by Gov. Bobby Jindal as well as the U.S. Department of Justice, also makes strange bedfellows among far-flung communities with little in common culturally. Assuming the map is approved, residents in Opelousas will have to turn to Rep. Rodney Alexander in Monroe when they need help from their congressman. And residents in Ville Platte will be calling on Rep. John Fleming in Shreveport.

The biggest loser, however, appears to be Landry, who won a seat in the U.S. House representing what is currently the 3rd Congressional District. That district will more or less be absorbed into the districts currently represented by Rep. Charles Boustany, R-Lafayette, and Rep. Steve Scalise, R-Metairie. The former's southwest Louisiana district will remain largely intact, spreading eastward to take in Landry's home parish of Iberia as well as St. Mary, which are now in Landry's 3rd Congressional District. Currently the 7th District, Boustany's new district will become the 3rd District next year. Scalise's 1st District spreads south and west to take in Lafourche and Terrebonne parishes, where Landry campaigned heavily in his win last fall over former state House Speaker Hunt Downer.

The short of it is, if Landry wants to run in the new 3rd Congressional District against Boustany next year, assuming Boustany seeks re-election, the freshman congressman have to campaign in unfamiliar territory. Boustany is in his fourth term, having faced no opponents in the last election.

Politico echoed the sentiment that the map favors Boustany:

The final plan, which Jindal said Wednesday he will sign into law, is viewed as a win for Boustany, who will keep his Lake Charles and Lafayette population centers. Landry, a tea party backed freshman, will find himself in largely new territory and without a significant portion of his current district, No longer in Landry's district are Terrebonne and Lafourche parishes. 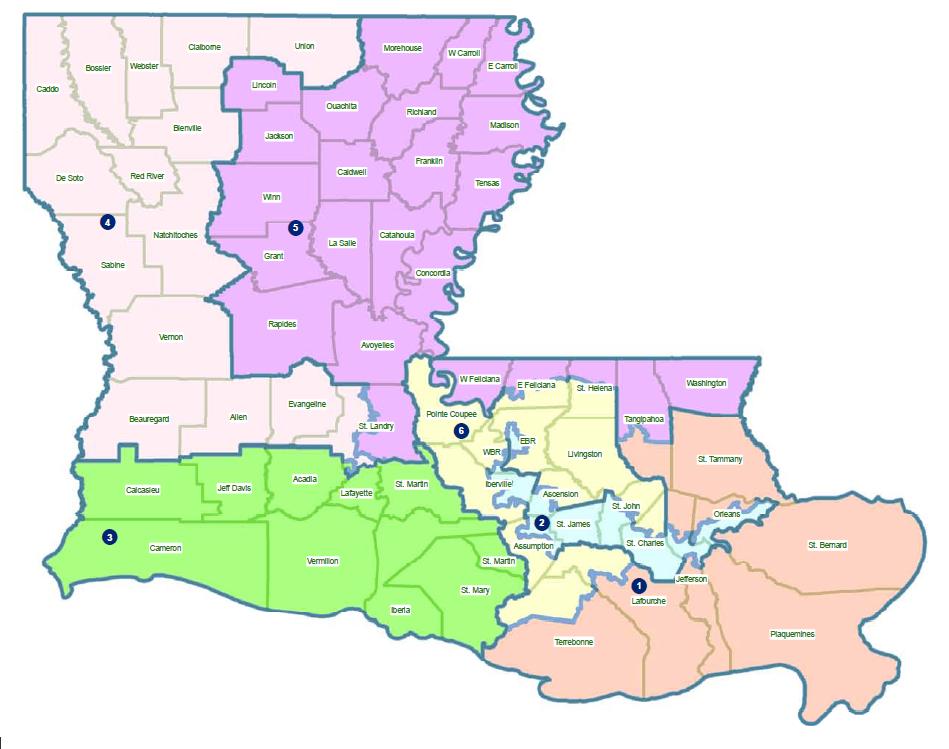