Whether you're a straight edger, a hippy, a glaucoma sufferer or just think that taxing the heck out of a plant is a good idea, lots of folks are meeting up for Legalize Louisiana Statewide 4/20 Rally on Wednesday. 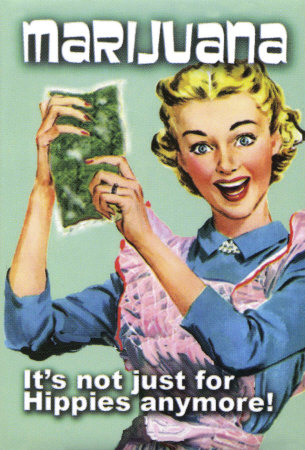 Coming on the heels of Lafayette's City-Parish Council meeting Tuesday where proponents of legalizing marijuana across the state are meeting to plead their case to a bevy of gentlemen who probably have never been to a Pink Floyd laser light show, Wednesday's Legalize Louisiana Statewide 4/20 Rally will be a peaceful means of protest.

People are gathering at Girard Park at 3 p.m. and walking to downtown to show support en masse for the legalization of weed. The march will go from the park to the parish courthouse to the federal courthouse then finally land at Grant Street. Don't park at Girard Park for this event, however, or you will be towed. Walking or biking to the park is encouraged, or simply parking on the streets adjacent.

Starting at 5 p.m. Grant Street Dancehall throws open its doors for the Official 420 Awareness Party. Bands Black Feratu, Brass Mimosa, El Domania, Riffs of Griff, deathbeforedisco, The Skanky Skunks and Jake Townsend with Hip Hop in the Flats perform as well. There will be information booths, giveaways and door prizes. Remember, you don't have to march to attend this. Only $4 to get in if you buy tickets in advance, $5 at the door the night of the show.

This should go without saying but marijuana is still illegal. Don't bring any with you should you go. It's not like cops won't be suspicious.