Proponents of a bill to repeal the Louisiana Science Education Act will gather at the state Capitol Thursday.

Proponents of a bill to repeal the Louisiana Science Education Act will gather at the state Capitol Thursday. The rally, sponsored by the group Save Science in Louisiana, is scheduled for 11 a.m.-4 p.m. 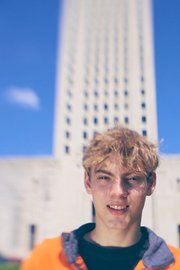 The event is the brainchild of Zach Kopplin, a senior at Baton Rouge Magnet High School who has been a vocal opponent of the LSEA, the 2008 law that ostensibly allows high school biology teachers to supplement the standard evolutionary biology curriculum with "supplementary" materials that endorse Intelligent Design, a pseudo science concocted by creationists to do an end run around repeated federal court rulings barring the teaching of religion in public schools. The law, passed unanimously in the state Senate and by a 94-3 vote in the House in 2008 - every member of Lafayette's delegation voted in favor of the act - and was signed into law by Gov. Bobby Jindal, who majored in biology at Brown University.

State Sen. Karen Carter Peterson, D-New Orleans, has filed a bill to repeal the LSEA. Last week, more than 40 Nobel laureates in the sciences signed an open letter to the Legislature urging support for Peterson's legislation. The issue also got attention in a story last week in The Washington Post.

Kopplin is the son of Andy Kopplin, the former chief of staff to Govs. Mike Foster and Kathleen Blanco who now serves as first deputy mayor and chief administrative officer for the city of New Orleans.