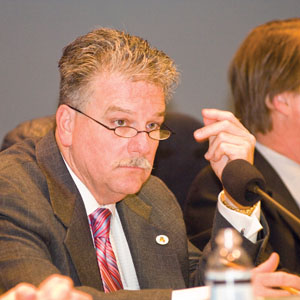 The District 8 Republican first-termer invited - then uninvited (more on that in moment) - members of the media to join him Monday in celebrating his 55th birthday at a Lafayette sub shop, during which he will make an "ANNOUNCEMENT OF RE-ELECTION!," according to the invitation (see below) attached to the email.

In announcing his re-election before he's actually re-elected - we're not even aware of any declared candidate planning to run against him unless erstwhile District 7 contender Craig Spikes, who, thanks to redistricting, is now in District 8 - Patin exhibits the bold confidence, vigor of spirit and dubious grasp of the electoral process that have endeared him to his south Lafayette constituents.

We're kidding, of course. We know he meant to say he'll announce that he's seeking re-election. We just couldn't resist. 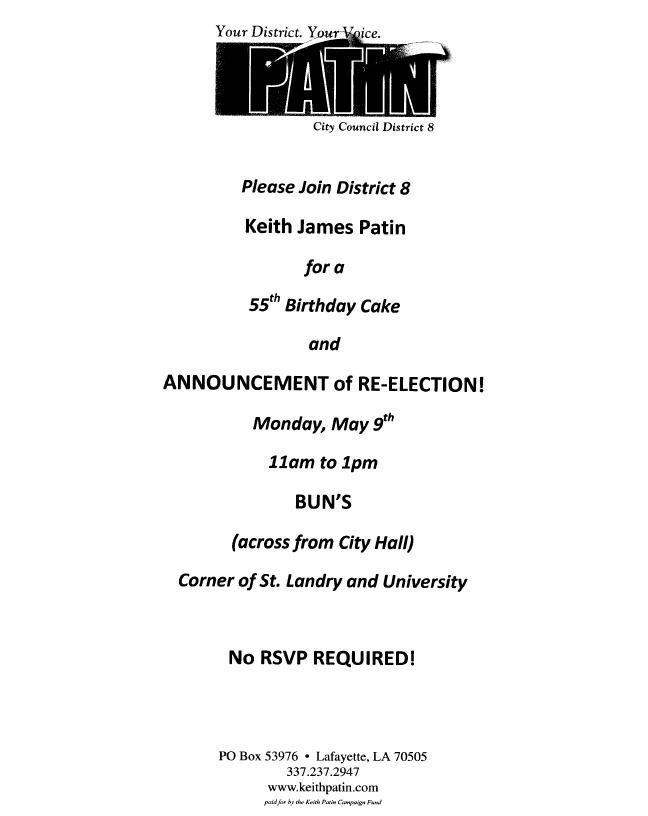