The Acadiana Center for the Arts, which owns and hosts the widely respected, decade-old concert franchise, is expected to announce Powell's appointment at a press conference next week. 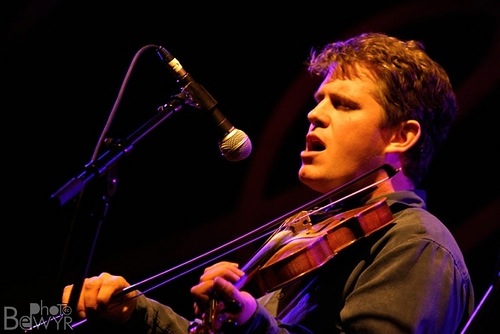 Songwriter and producer Dirk Powell has been named the new executive director of the Louisiana Crossroads concert series. The Acadiana Center for the Arts, which owns and hosts the widely respected, decade-old franchise, is expected to announce Powell's appointment at a press conference next week. But Powell, a Kentucky native and sought-after session player and producer with impeccable connections to the roots music industry, is already touting the gig on his website.

Powell was a founding member of the well-traveled Cajun band Balfa Toujours along with his then-wife, Christine Balfa, daughter of the late, great Cajun fiddler Dewey Balfa. He is a multi-instrumentalist best known for his banjo playing, which appeared in the soundtrack for the motion picture Cold Mountain. Powell has worked with such talents as Jack White, T-Bone Burnett, Loretta Lynn and Joan Baez, with whom he recently completed a tour. He replaces former director Todd Mouton, who founded the series but cut ties with the AcA earlier this year.

Crossroads will resume at the AcA this fall and holds fall and spring series each year. It is also expanding to television; a pilot featuring Allen Toussaint, Sonny Landreth and others is in production.

Below is a video from the Transatlantic Sessions recorded in 2009 at Scotland's Glasgow Royal Concert Hall. Powell, on banjo and lead vocals, is joined by Tim O'Brien on mandolin, Jerry Douglas on dobro and host of other international musicians.