With deep connections in roots music, Dirk Powell brings a wealth of experience and expertise to the popular concert series. 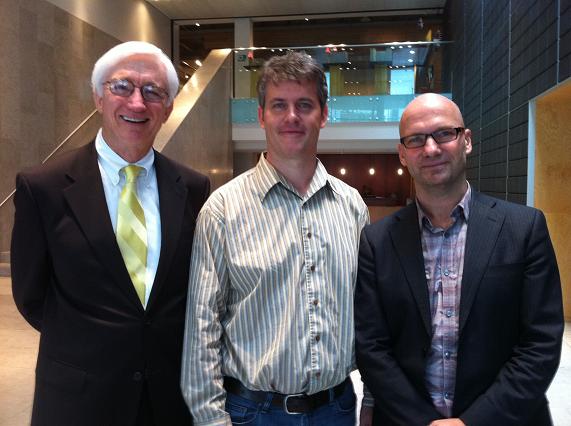 Musician and music producer Dirk Powell was introduced Thursday morning as the new director of Louisiana Crossroads, the decade-old concert series put on by the Acadiana Center for the Arts.

A Kentucky native and sought-after session player and producer with impeccable connections to the roots music industry, Powell was a founding member of the well-traveled Cajun band Balfa Toujours. He is a multi-instrumentalist best known for his banjo playing, which appeared in the soundtrack for the motion picture Cold Mountain. Powell has worked with such talents as Jack White, T-Bone Burnett, Loretta Lynn and Joan Baez, with whom he recently completed a six-week European tour.

Powell says that although the gig as Crossroads director will curtail his touring a bit, he had no hesitation about accepting the offer.

"It's near and dear to my heart," he says of the concert series, for which he has been a featured performer. "I spent a long time connected to Crossroads in various ways. It's just an opportunity to toss many things that I love into one situation."

The musician/producer is already devising ways to bring Crossroads to the next level: "I really want to celebrate the diversity of culture in this area, and not just do things that everybody knows about, but also present things that aren't quite as familiar," Powell says. "For instance, the first show I think we're going to do will celebrate the drum set. Not everybody knows it came out of Louisiana, and it's changed the music of the world hugely. So I really want to show those roots, bring in some great drummers from here and New Orleans."

Crossroads will resume at the AcA this fall and holds fall and spring series each year. It is also expanding to television; a pilot featuring Allen Toussaint, Sonny Landreth and others is in production.