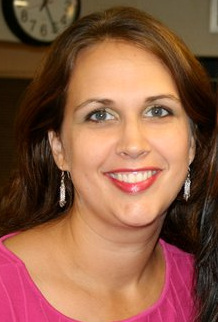 Claiborne Parish public-school teacher Tara Hollis, who has no prior experience in elected office, made the announcement via email Sunday evening, citing state cuts to education, Louisiana's spiralling incarceration rate, inadequate care for veterans and other issues for her motivation to run for Louisiana's highest office.

The 33-year-old Haynesville resident earned a master's degree in education from Louisiana Tech. She teaches special education for fifth and sixth graders in a parish that recently moved to lay off more than 60 public-school employees including her husband, a 13-year veteran of the school system.

"Cuts to education is the fastest way to kill our economy, but seems to be the first place everyone cuts funding. If this state is to survive and grow, we need to put the focus back on building up our school system," Hollis says in a press release. "Promises have been made to the people of Louisiana, and those promises have fallen short. Jindal promised education reform, economic growth, and more jobs; instead over 169,000 Louisianans across the state have been let go, and funding for literacy programs, early and adult education programs, as well as cuts to higher education have left this state's school systems surviving only on life support."

Hollis plans a grassroots campaign based on a public conversation about the future of Louisiana and, presumably, a lot of travel during her summer break.

"We're going to run a campaign that will reach all people in the state, working together to foster progress without sacrificing the common good," she adds. "It is time the people of Louisiana come together and fight back for the good of our children and the health of our state. Democrats and Republicans alike are tired of career politicians that make deals to promote their own agendas."