The 2010 Louisiana Teacher of the Year says she is seriously considering a run for the state Board of Elementary & Secondary Education. 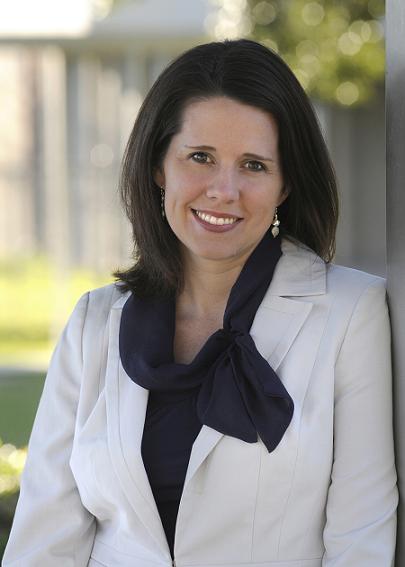 The 2010 Louisiana Teacher of the Year says she is seriously considering a run for the state Board of Elementary & Secondary Education. Holly Boffy, who most recently taught eighth grade social studies for the gifted program at Paul Breaux Middle School, says she's reaching out to fellow educators and the business community as she weighs a possible run this fall. Now retired from the Lafayette Parish School System, Boffy recently signed on as the director of professional development and university programs with the Associated Professional Educators of Louisiana.

Boffy, 33 and a 1996 alumna of Abbeville High School, earned a bachelor's, master's and education specialist certification degrees from LSU. She has also served as an adjunct instructor in the Education Department at UL. Boffy says it was her experience in the Teacher of the Year program that opened her eyes to the possibility of addressing Louisiana's poor public school system through politics.

"When I became the teacher of the year and traveled with the national Teacher of the Year program, I realized how much education is influenced by politics, and those politics are very far removed from students," she says. "So, I either have to do something about it or not be frustrated by it."

The married mother of a 4-year-old son says she's been encouraged by colleagues to seek the BESE seat. "I've gotten support from teachers who know what my experience is; they know I have a strong background in teaching with my advanced degrees. So, I'm being strongly encouraged by teachers, but also by parents of students I've taught," says Boffy, a Republican. "There's an interest in improving public education for the students in our state even among people who don't have their children in the public school system - they want a better system for everybody. I'm finding people who are passionate about education, who share my passion for education, and who hopefully be able to support being in a position where I can have an impact."

Federally mandated redistricting of BESE's districts - there are eight BESE districts in Louisiana; the governor also appoints three at-large members - is under way in the Legislature. Boffy would likely run against the current District 7 incumbent, Dale Bayard of Sulphur, assuming he seeks reelection. (Bayard could not be reached Thursday for confirmation that he will run again.)

The former top teacher for Louisiana says she realizes what a monumental undertaking running for public office, especially for an office that covers multiple parishes. But, she says, Louisiana must do a better job with its public education system.