ExxonMobil Corp. announced Wednesday that it is the first company to discover oil from a new deepwater well in the Gulf of Mexico since the moratorium on drilling was lifted in October.

Super major ExxonMobil said Wednesday that it made two major oil discoveries and a gas discovery in the deepwater Gulf of Mexico after drilling the company's first post-moratorium deepwater exploration well. The discovery holds the potential for more than 700 million barrels of recoverable oil equivalent, one of the largest oil discoveries in the Gulf of Mexico in the last decade.

Its exploratory project, located 250 miles southwest of New Orleans, hit oil and gas after drilling a well in 7,000 feet of water. Plans to drill the well last year stalled after the Obama administration issued a six-month ban on deepwater drilling because of Deepwater Horizon disaster in order to devise new safety regulations.

"We estimate a recoverable resource of more than 700 million barrels of oil equivalent combined in our Keathley Canyon blocks," said Steve Greenlee, president of ExxonMobil Exploration Company. "This is one of the largest discoveries in the Gulf of Mexico in the last decade. More than 85 percent of the resource is oil with additional upside potential.

"We plan to work with our joint venture partners and other lessees in the area to determine the best way to safely develop these resources as rapidly as possible," Greenlee said. 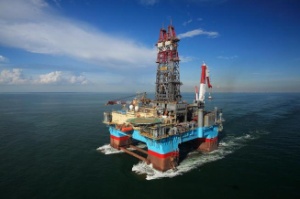