"The fundamental roll of government should be Roads, Drainage, Traffic, Infrastructure and Safety." 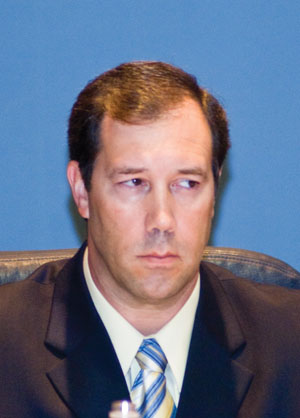 City-Parish Councilman William Theriot announced via a press release Tuesday morning that he will seek a second term on the council for District 9, which covers parts of south Lafayette Parish including Youngsville, parts of Broussard and the city of Lafayette, and part of unincorporated Lafayette Parish. The tea party partisan's campaign slogan is "A Real Proven Conservative," and he's running on an anti-tax record most recently burnished with the "no tax ordinance" co-sponsored by District 5 Councilman Jared Bellard - an ordinance that fell in a 7-2 vote last week.

In anouncing his reelection bid, Theriot says, "I will continue to be accountable to the voters, representing you, not the special interests or lobbyists. I am running on my record, and have opposed raising your property taxes, adding new tax districts and raising your utility rates. The fundamental roll of government should be Roads, Drainage, Traffic, Infrastructure and Safety. I will continue to seek creative solutions, not excessive spending."

His campaign website, which is still under construction, can be found here.