How Gov. Bobby Jindal, with nothing but the power his office provides, put a damper on the Legislature's recent streak of independence.

How Gov. Bobby Jindal, with nothing but the power his office provides, put a damper on the Legislature's recent streak of independence.

The assessment offered by the mother of Rep. Jeff Arnold, D-New Orleans, when he told her that the House wouldn't have the votes to override a gubernatorial veto of a cigarette tax

When something happens "inside the rails," meaning those tiny, intricately carved borders that keep lobbyists and others off the floors of the House and Senate, it's usually a reference to an event or occurrence that impacts lawmakers only. It's juicy fodder for hacks and flacks, but doesn't mean much to the general public at large.

That's how the Legislature's recent streak of independence measures up. It's "inside the rails" and doesn't likely resonate with your mom or neighbor or postman. 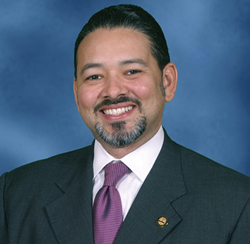 Gov. Bobby Jindal saw to that last Tuesday when he vetoed legislation meant to renew a 4-cent cigarette tax. Lawmakers hooped and hollered about getting it to Jindal's desk, but he had the final say with the stroke of a pen.
Two days later, House members attempted to override Jindal, but their effort came up a dozen votes shy of the 70 needed to buck the man who's positioned where the buck supposedly stops.

How did Jindal do it, especially since House Bill 1, the stat's budget plan, is devoid of any fun funds? It has been common knowledge since the regular session kicked off in late April that the administration would have one arm tied behind its back without the use of earmarks and pork projects, which are offered up as payment for votes, practically since the beginning of legislative time, and their absence this cash-strapped session has been blamed for some of Jindal's policy failures. (Read: merging UNO and Southern; selling off prisons; proposed budget cuts; tuition increases; and so on.)

But then there's House Bill 2, the state's annual construction plan. It is very much in play as the session winds down. The plan, known as the capital outlay bill, includes projects in practically every part of the state, but it's finalized in the fall by the commissioner of administration and state Bond Commission - regardless of how the bill passes.

A senator, who requested anonymity but also asked that the interview take place in the view and earshot of administrative staffers, said that "capital outlay is being dangled over our heads like meat" for all of the major floor votes over the past two weeks or so. "That's all you hear people talking about," the senator said. "We're being threatened with these projects."

A high-ranking legislative staffer on the House side added that the administration in many cases is telling lawmakers that their project priorities could be changed if they don't follow suit. Projects in House Bill 2 are organized by five different priorities. Some mean cash will be available in the coming fiscal year; others are essentially a holding place.

The staffer said many lawmakers are still proud of the battles they won this session, but Jindal, with the power of the purse strings and veto pen, prevails in the end: "He wins the last battle."

It's an interesting time at the state Capitol these days. House members who are term-limited are saying their good byes, even though quite a few will attempt to move over to the Senate where other outgoing pols are giving final addresses, too.

In his farewell speech, Rep. Rick Gallot, D-Ruston, suggested that thumbing a nose to power is sometimes required - if only to keep things lively. "If you're good, you get called to the Governor's Mansion to eat cookies, maybe get a company man t-shirt," he said.

Last week, after several lawmakers switched their votes to protect Jindal's veto record, there was certainly a good deal of cookie-eating going on. Hopefully, they were also listening to Gallot's speech last week, for he offered some deep words of political wisdom.

The words are especially true as you consider that the cigarette tax vetoed by Jindal eliminates $12 million annually for various health care programs. That, and there's the capital construction project in Small Town Louisiana that won't get built now because some rural lawmaker wouldn't bow to the governor.

Politics has a way of leveling the playing field. Eventually. At some point. "What goes around comes around," Gallot said, "sometimes quicker than you think."