It took only six well-coordinated hours Saturday to relocate 67 patients from the old Lourdes hospital on St. Landry Street to the new facility on Ambassador Caffery Parkway.

After almost two years of planning, mock-moves and collaboration among Lourdes hospital's consultants, staff, doctors, nurses, volunteers, and Acadian Ambulance crews, it took only six hours Saturday to transport 67 patients from the old hospital safely into the new state-of-the-art medical complex on Ambassador Caffery Parkway. Transfers began at 6 a.m., and the last patient left the St. Landry location before noon. "Things went so smoothly it was almost surreal," says Community Relations Director Elisabeth Arnold, who noted that at one point in the day a rainbow appeared over the old campus, which the move teams saw as a very good sign. 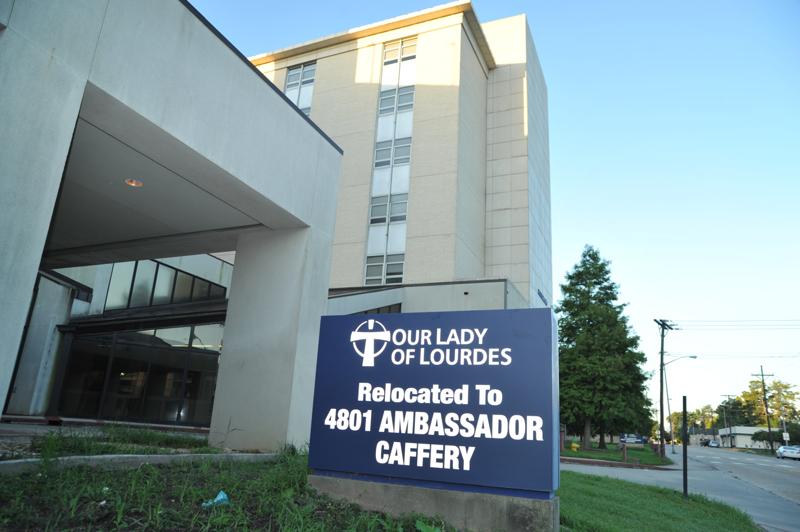 The first patient in the new hospital was not a transfer but instead an emergency room patient. "In fact, we had several ER patients by the end of the day," says Arnold. The emergency room on the St. Landry campus is now officially closed. The transferred patients are safely ensconced in rooms designed for their respective specialized care, including units for rehab patients, burn patients and intensive care.

No elective surgery had been done on the former hospital campus since Thursday to minimize the number of patient transfers necessary. Arnold said Acadian Ambulance was "very prepared with 15 ambulances designated for today's operation." 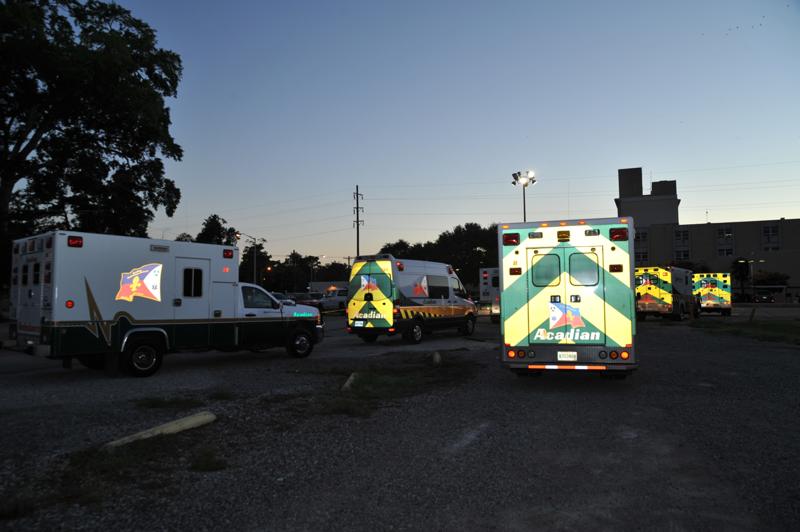 Arnold shared a couple of photos with The Ind by Lourdes' staff photographer Tommy Duhon.