Lafayette's Dan McDonald will be honored with the College Sports Information Directors of America's highest honor Tuesday night in Florida. 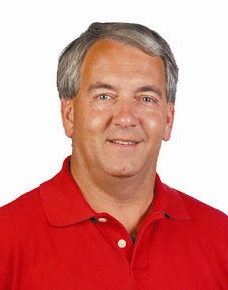 The veteran sports writer, an Independent Weekly contributor, will be inducted into the CoSIDA Hall of Fame during its annual induction gala at the Marriott Beach Resort in Marco Island, Fla., the site of this year's convention. Hall of Fame honors go to SIDs who have made outstanding contributions in the field of college sports information; only members of the CoSIDA Hall of Fame vote on new inductees.

McDonald worked as an SID on the Division I level for 23 years - the last 19 at UL Lafayette from 1980-99. He left that career for a sports writing job at The Daily Advertiser, where he worked for almost a decade, serving as beat writer for UL Lafayette and the Sun Belt Conference. During that time, he won 31 writing awards from the Louisiana Sports Writers Association and earned a national "Best of Gannett" award for his coverage of the 2005 Little League World Series. He garnered three Louisiana Sports Writers Association Writer of the Year awards in a five-year span.

He also won numerous CoSIDA awards for writing and media guides and served two years on the CoSIDA Board of Directors.

McDonald is a native of Jonesboro and worked for a year as a sports writer for the Alexandria Town Talk before being hired by his alma mater, Northwestern State University in Natchitoches, to be the head of SID for its Division I athletics department. As a student at Northwestern State, he was the student assistant SID under Pesky Hill, spent two years on the campus newspaper and was part of the group that founded the school's first radio station, KNSU, in 1974. He graduated from the university with honors in 1975, earning his degree in three years.

McDonald is now is vice president of McD Media Inc., a marketing and public relations firm founded by his wife, Mary Beth, and remains a fixture in local sports, volunteering his time to numerous athletic events.