"I have often been interested in working as a public servant, working for people in the Lafayette area." 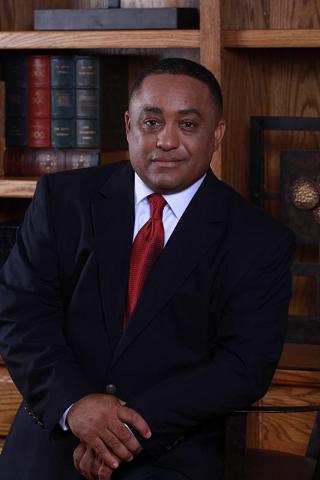 Lafayette businessman Vince Pierre has announced his intention to make state Rep. Rickey Hardy, D-Lafayette, a one-term lawmaker. The 47-year-old co-owner of a Lafayette dry-cleaning business and nephew of former state Rep. Wilfred Pierre, who held the seat before Hardy, says he will seek the state House District 44 seat in the October election. The district covers most of the north side of the city of Lafayette.

"I have often been interested in working as a public servant, working for people in the Lafayette area," Pierre says. "I've worked on Wilfred's campaigns a number of times, and I have just always had an interest in being in political office."

Pierre graduated from Holy Rosary Institute and Southern University in Baton Rouge as well as the Greater Lafayette Chamber of Commerce's Leadership Lafayette Program. He is active in several area civic organizations including Boy Scouts and Acadiana Youth. He is married with three sons - 12-year-old twins Joshua and Kyle, who are 7th graders at L.J. Alleman Arts Academy; and 4-year-old Luke, who will be a kindergartner in the French Immersion Program at Prairie Elementary next school year. He says education and economic development will be the focal points of his campaign.

"One of the things that I'm really concentrating on is educational improvement. In District 44 we have failing schools. We have schools that have been challenged," Pierre says, adding that "District 44 is the front yard of Lafayette as I normally tell everyone, and I am very interested in trying to develop that area so we can gain employment and companies to build here."

The three-day qualifying period for the Oct. 22 primary begins Sept. 6.