A Lafayette broadcaster is mum on his plans to construct a television tower in north Lafayette. 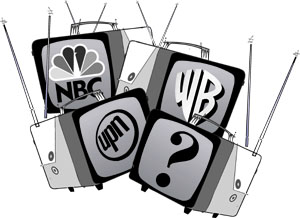 In mid-2003, the Federal Communications Commission granted Lafayette businessman Dr. Paul Azar Jr. a construction permit to build a tower for a new TV station, and since he's not talking publicly about his new project, the local TV business is abuzz with speculation about Azar's plans.

Azar is owner of Iberia Communications LLC, operator of KACB Channel 50, an unbuilt station licensed in New Iberia. The tower, however, will be constructed north of Lafayette. As recent as Feb. 4, the ophthalmologist and real estate investor was still filing basic FCC forms concerning digital TV requirements.

The doctor has long been associated with local media owners Tom Galloway and Charles Chatelain. In January of this year, Galloway completed the purchase of local TV stations KADN and KLAF from Chatelain for $13.25 million and $3.4 million, respectively. KADN is a Fox affiliate, and KLAF is a low power UPN station; a dominant media owner in the state, Galloway had been operating them for years through a local marketing agreement.

Just weeks before the sale was finalized, two key members of ABC affiliate KATC's sales force, Tom Poehler and Sean Trcalek, resigned on the same day to join Galloway's company, Comcorp ' jumpstarting more speculation that the group may be preparing for an expansion.

The rest of the story is anybody's guess.

Jim Serra, general manager of NBC affiliate KPLC in Lake Charles, says he's heard for years that local interests would like to start an NBC station for the Lafayette market. "Sometimes where there's smoke, there's fire," says Serra, but he doesn't see NBC partnering with any more local entities. "They [NBC] consider Lafayette to be a served market."

Serra's station has a partnership with Cox Communications to be carried exclusively on the cable company's system in Lafayette; the two companies split profits from the sale of local advertising airtime on what they promote as "Acadiana 7 KPLC." Another area NBC affiliate is KALB in Alexandria, which covers some of the market just north of Lafayette; and WVLA in Baton Rouge, which is owned by Galloway's son, Sheldon, serves the area east of Lafayette.

Azar and the local group would face another major caveat from NBC, due to their lack of a local news product. Galloway and his son own more than 30 television stations, most in Louisiana, Texas and Mississippi, and Chatelain owns a UPN station in Longview, Texas. The Galloways don't like to do local news broadcasts, and it's unlikely NBC would entertain a new relationship with anyone not offering that programming, according to local TV executives.

"I would be very surprised," says KATC General Manager Nannette Frye. "That would be atypical, but crazier things have happened."

The Galloways have been able to stave off pressure from networks that wanted their affiliates to offer news, an extremely costly product. The Galloways' Fox affiliates, KADN in Lafayette and WGMB in Baton Rouge, have no news broadcasts. Neither does their NBC station, WVLA, in the capital city. (They do have at least one Texas affiliate that offers news.)

Lake Charles CPA Lester Langley, who owns that city's Fox affiliate, KVHP, introduced news programming more than four years ago but shuttered the newscasts last year. Langley says it cost $500,000 to $750,000 to initially fund the programs ' costs include talent, engineering and camera staffs and investment in equipment and technology ' and more than $1 million a year to sustain them. "We weren't even breaking even," he says.

Langley says Fox had encouraged him to offer news content and did provide assistance to get it started. He says the network has since backed away from requiring local newscasts in its contract renewals, mainly as a result of the terrorist attacks of Sept. 11, 2001. Langley suggests viewing trends shifted away from local news stations and more toward network news after the tragedy. "As we looked at the numbers, we saw more and more viewers going to the Fox News Channel."

Outside of securing a major network, Azar's next likely option is Warner Bros.' fast-growing The WB network, home to shows like Gilmore Girls and Everwood. Paul Eason runs Lafayette's KLWB as an "affiliate partner," though he doesn't own the station. Two years ago he took over operations when the Galloway group's contract expired. (The Galloways did not have a sales effort promoting KLWB.) "We've done a lot with it," says Eason. "We've grown immensely," he notes, acknowledging that the recent success of the cablecast WB station may make it attractive to potential buyers.

Eason says minor networks like PAX TV or UPN (bringing the local Galloway UPN to a full power signal) would be less appealing to Azar and his new venture. "I don't see the return on their investment for a long time with the smaller networks."

KATC's Frye says it's likely the group will determine what it's going to offer before beginning construction of the tower, a costly undertaking. Later this year, KATC plans to begin construction of its $5 million digital tower near Church Point. The station will keep its existing analog tower in Kaplan; TV10 has already upgraded its existing tower, also near Church Point, to digital.

Frye is doubtful that a new station will be under way soon. "You've got to have a tower, and it takes a while to build one. I would hear through the industry that a tower crew's been hired," she says.

"Clearly, a lot of rumors are swirling," says Eason. "I hear new ones every day."