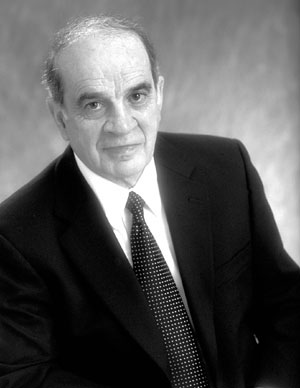 UL Lafayette officials' public acknowledgment of a real estate transaction between the university and a group of local businessmen has only served to raise more questions about the hush-hush deal.

The Independent Weekly first reported the story on the university's Sept. 7 application to rezone its Johnston Street property that once served as an equine center ("UL Aims to Sell Horse Farm for Commercial Development," Sept. 28). University officials did not return phone calls seeking comment for that story, and the city's zoning department was unaware of the university's plan for the property should it be successfully rezoned from residential to business use. In an Oct. 5 story in The Daily Advertiser, university officials still did not identify the location of the property it sought to acquire nor the buyer of the horse farm property.

However, The Independent Weekly has learned that the university received approval on Aug. 26 from the Board of Supervisors for the University of Louisiana System for a land exchange deal. The board approved the exchange of a portion of the horse farm with local development group BRE-ARD LLC in its August meeting, which was open to the public.

In an interview last Friday morning, UL President Ray Authement and Wayne Denton, director of the University Research Park, said the university will exchange 35 acres of the horse farm land for four acres of Girard Park Drive property owned by Lafayette attorney Jimmy Davidson III and his family. BRE-ARD is purchasing the property from Davidson for the swap with the university. Authement says UL Lafayette is in desperate need of land closer to campus for expansion of its nursing program and additional student housing. He says both properties are worth $3.25 million, a valuation that has some developers and real estate professionals questioning the financial wisdom of the transaction for UL.

The Davidson property includes two home sites and a storage building valued at a total of $846,000. Based on the appraisal, the real estate and buildings are valued at $18 a square foot. "Eighteen dollars a square foot for residential real estate on Girard Park Drive is outrageous," says River Ranch developer Robert Daigle, whose traditional neighborhood development includes residential and commercial real estate that has been fetching top dollar prices.

Commercial land typically sells much higher than residential, and appraiser George Parker valued Davidson's residential property based on its potential commercial use. UL's Denton, who brought development group BRE-ARD to the table for the deal, claims Davidson refused to negotiate the appraised price of his property.

Parker, who appraised the Davidson property at Authement's request in March 2004, defends the high consideration, saying the best use for the property is commercial because of its proximity to Lafayette General and the Oil Center. The traffic count at that intersection of Girard Park and Hospital drives ' where the Davidson property and its two homes are situated ' has not been taken since 1996, according to city traffic officials.

Land sales on Ambassador Caffery Parkway, one of the hottest commercial corridors in town, have averaged about $10.55 per square foot, based on The Independent Weekly's assessment of five properties sold in the past three years. One of those is the site for Chili's, where city traffic officials say 41,025 vehicles were traveling per day last year.

River Ranch has yet to sell any commercial land as high as $18 a square foot.

Davidson declined comment for this story. "I'm not going to get into a big discussion about my property," he says. In the past, the attorney was unsuccessful in his efforts to rezone the property for business use, withdrawing the application in the midst of strong opposition from local residents. Since that time, he has attempted to sell it to Lafayette General Medical Center, but the hospital was not interested, says Authement, who serves on General's board. Because UL is a state agency, it is exempt from local zoning ordinances and can use the property for either residential or commercial use.

While Davidson's Girard Park property appears to have been valued at an inflated rate, the appraisal of the prime Johnston Street horse farm acreage, located across from Mel's Diner, seems too low. Local real estate professionals say the property is worth twice the amount of its $2.12 per square foot appraisal if used for commercial development. "I must not have all the information, because we sell industrial pieces for $2 a square foot," says Coldwell Banker Pelican Real Estate commercial agent and developer Hammy Davis.

Like the Girard Park property, Denton says the Johnston Street site was appraised for its best use, which is commercial for the front acreage. But Russ Wilson, who conducted the appraisal in June of this year, says his valuation is based mainly on the current residential zoning classification. "Your highest and best use issue is limited by zoning," Wilson says. "That's a major question. If the zoning could change, the value would be more." Another consideration affecting the value is the fact that a bridge must be constructed to access the property beyond the first six acres, he says.

BRE-ARD LLC has agreed to construct the bridge and a roadway to the back of the property. It also is returning six acres to the university as part of the agreement.

The 100-acre tract is the largest remaining undeveloped land on the city's most cluttered thoroughfare, Johnston Street. Numerous real estate interests and businessmen ' including Matt Stuller ' have approached the university about purchasing the property over the years, acknowledges Authement. Why Authement decided to do the swap with BRE-ARD, which was formed in late July of this year, rather than rezone the property and put it on the open market is unclear.

Authement says land swaps between universities and private groups have worked well in the past; he also says the Board of Supervisors for the University of Louisiana System has not historically supported sales of state-owned property. Neither Authement nor Denton asked Davidson if he would be interested in a property exchange.

BRE-ARD's principals are Dan Menard and Jerry Brents. In addition to various holdings, the Louisiana Secretary of State's office lists Menard as vice president of Lafayette Auto Auction in Scott; he also has developed real estate in that community. Brents is a former FBI agent and former banker.

Few details of BRE-ARD's plans have been released. Authement says BRE-ARD's project includes high-end retail and upscale restaurants. Meanwhile, the university will retain the back 70 acres, which Authement hopes will be developed into upscale home sites. "The appraisal goes up on the back 70 acres," he says. "That's what makes the deal so attractive."

The land swap is conditional on the already contentious horse farm rezoning issue, which comes before the Zoning Commission at a public hearing on Oct. 17. Residents in adjacent neighborhoods are organizing a protest; and a group of UL students is launching what they call a "pavement or paradise" campaign to save the farm from commercialization. Students have already set up a Web site, www.savethehorsefarm.com, and are sponsoring a round table discussion for alternative uses at 4:30 p.m. on Wednesday, Oct. 12, in the Forum Room of the UL Student Union.

"If the rezoning doesn't take place, the whole deal is shot," Authement says.