The recently retired NBA standout stopped by Artmosphere Friday night and made his second hookah purchase from the local restaurant-bar-hookah lounge. 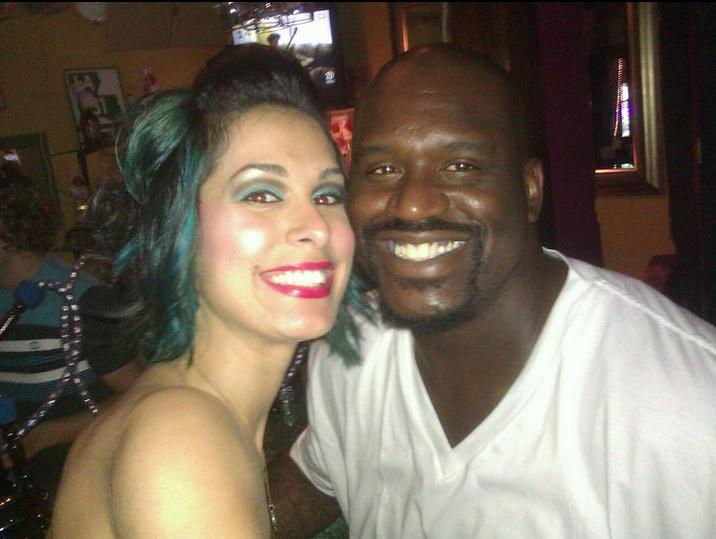 The crowd of hippy/hipster/indy rockers who were watching local bands perform at Artmosphere Friday night may not the biggest NBA fans in town, but when a 7-feet, 1-inch tall superstar is walking through the crowd, someone's bound to take notice.

Shaquille O'Neal, the LSU alum, NBA standout, endorsement king, rapper and actor, stopped by the local restaurant-hookah lounge-live music venue to purchase a hookah. According to Artmosphere Bistro, this is the second time O'Neal has bought a multi-stemmed smoking tool from the local establishment.

Shaq's Lafayette appearance came just before news broke over the weekend that he might be starting a new venture in television, reportedly joining TNT's "Inside the NBA":

The hottest made-for-TV free agent to hit the open market since Charles Barkley retired in 2000 has apparently hooked up with his new team. The recently retired Shaquille O'Neal(notes), according to CNBC's Darren Rovell, will be working for Turner Broadcasting - likely sitting across the table from Sir Charles on TNT's "Inside the NBA" set.

Because of injuries and issues with his weight as a player, the post-Los Angeles career of the surefire Hall of Famer was more than a little disappointing, even considering his championship run with the Miami Heat in 2006. Still, the loquacious nature that served Shaq so well as he built up an endorsement empire upon entering the league in 1992 grew by the year. And though his deep and monotone delivery has been the source for satire for middling stand-up comics and sportswriters alike, he should have sites like these filled up with all sorts of in-season video clips as he takes to the airwaves.

Lafayette resident Connie LaFleur is pictured with O'Neal in this photo she posted on her Facebook wall Friday night.