PAS BON
The ugly knob just got cranked to 11 in the Zydeco Capital.

COUILLON
The pile-on of national notoriety for Louisiana is coming at a fleet clip. 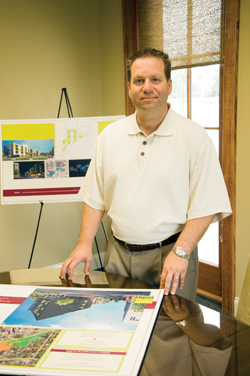 C'EST BON
State Attorney General Buddy Caldwell Monday issued a definitive opinion that Cypress Trails Limited Partnership, created specifically to develop the publicly funded Cypress Trails apartment complex in north Lafayette, is subject to the state's public records law. Attorney Richard Becker, who represents the Lafayette Public Trust Finance Authority, requested the opinion after denying this paper access to the partnership's records. LPTFA, a public entity, created a non-profit affiliate that is the general partner in CTLP, and a private entity representing a tax credit investor owns the majority interest. The project was awarded low-income housing tax credits from the state, and this paper has been seeking to review its records after learning that an LPTFA board member, Greg Gachassin, orchestrated the entire project and then stepped off the board to act as its development consultant, likely earning more than $500,000 (we'll know the exact amount soon.) The state's Ethics Code says Gachassin should have waited two years before going to work on any project involving the LPTFA. "The Public Records Law is interpreted liberally," Caldwell said, "with any doubt resolved in favor of access." On Monday, Becker was still reviewing the opinion.

**
PAS BON**
The ugly knob just got cranked to 11 in the Zydeco Capital. Amid news of blistering state legislative audits into operations at the Opelousas Housing Authority and the city of Opelousas, Mayor Don Cravins is now in the cross hairs of a self-described "task force" of officials dedicated to a singular task: taking down Don Cravins. Within hours of being reinstated by a district judge to his post as Opelousas mayor pro tem - a termination for which Cravins was the tie-breaking vote - Reggie Tatum teamed up with state Sen. Elbert Guillory, state Rep. Rickey Hardy and Opelousas Alderman at Large Joe Charles in urging U.S. Attorney Stephanie Finley to investigate City Hall. The state audit of the city is already in the hands of St. Landry Parish DA Earl Taylor and the state attorney general, but Tatum et al say their findings go beyond those cited by state auditors.

**
COUILLON**
The pile-on of national notoriety for Louisiana is coming at a fleet clip. Both the discordant din of thighs rubbing together in this Sportsman's Paradise - we're fifth among states with the highest obesity rates - and cartoonist Garry Trudeau's painfully funny take down of the Louisiana Science Education Act were overshadowed by news that erstwhile state rep and gubernatorial candidate David Duke is mulling a bid for the Republican presidential nomination. It's understandable that the former Grand Douche of the Ku Klux Klan would covet above all else evicting a black man from the White House. Duke is reportedly planning a 25-state tour to gauge interest in a run, and although he was born in Oklahoma and as best we can tell spends most of his time in Europe, everywhere he goes he'll be a Louisiana export and reminder of our state's ugly, recent political history. Go, David Duke. Away.