In July 2001 Galerie Eclaireuse opened its doors. This July it will close for good. 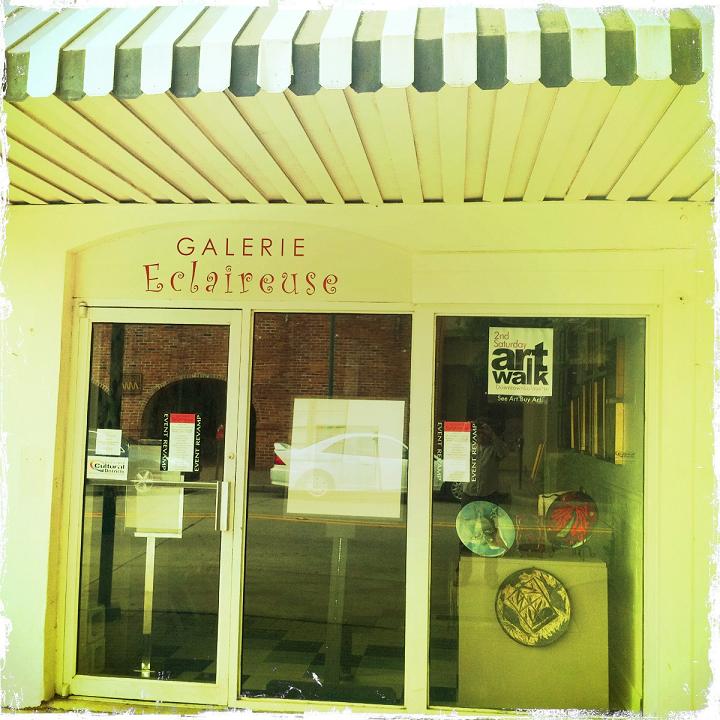 Galerie Eclaireuse has been making its home on Jefferson Street for exactly 10 years this month and owners Jane Noble and Pegi Derby have decided this centennial is a good to announce moving on. With the unfortunate closing of Jefferson Street Market, foot traffic for small galleries has decreased and, Derby says, they have felt the pull.

"It's never been for the money, it's always been a labor of love," says Derby. The goal of Galerie Eclaireuse is to focus on original, regional art, from Acadiana to Baton Rouge and the greater New Orleans area as well as New Orleans proper. Until July 30 when the doors shut for good, the gallery will feature works by Sue Boagni, Billy Bourgeois, James Hunter, King Rob, Tom Ladousa, Christy Liffmann, George Loli, Steve Martin, Max Ryan, Paul Schexnaider, Steve Schneider, Jon Schooler, Tom Secrest, Dennis and Ruth Sipiorski, as well as the owners themselves at a generous discount. "We've enjoyed contributing to the community and loved being downtown," Derby says, "but it's time to move on."

Cathy Webre of Downtown Development Authority says, "For a decade, Galerie Eclaireuse has  showcased the best of local and regional artists and been a great part of building the arts and cultural district Downtown. The gallery's stamp on the district will be a lasting one, and the Downtown community wishes them the best."

Both Noble and Derby plan on redirecting their energies toward their own art with time freed up. Galerie Eclaireuse is located at 535 1/2 Jefferson Street. Call 234-5492 with questions or visit the gallery Wednesdays through Fridays from 11 a.m. to 3 p.m. until July 30.