In its opinion released Wednesday, the 3rd Circuit characterized the award for Richard Le as "abusively low." 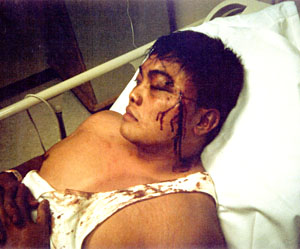 [Editor's Note: This story has been updated with a statement from Nitetown's attorney.]

A downtown Lafayette nightclub has been informed by an appeals court that a jury's damages in a suit brought by two men beaten by the club's bouncers were too low and the club is on the hook for even more.

Nitetown, a Jefferson Street club popular among the college set for its live music, has been ordered by the 3rd Circuit Court of Appeal to pay $55,000 in damages to Richard Le and Edward Prince. The former, whose October 2006 beaten required hospitalization and physical therapy, is to receive $50,000; the jury's original award was about $30,000. Prince's award was increased from $1,900 to $5,000. District Judge Herman Clause presided over the March 2010 civil trial.

In its opinion released Wednesday, the appeals court characterized the award for Le as "abusively low." The appeal challenging the jury's award, was filed by Le and Prince, whom the jury found partially responsible for their injuries.

The incident happened in an enclosed alley off Buchanan Street behind the Jefferson Street venue, which has a rear door that opens onto the alley. Nitetown suspended the bouncers, who never returned to work at the club, according to a statement released last year by the club's owner.

Costs for the appeals court hearing were also assessed to Nitetown. Read the full opinion here.