It's a great weekend for music fans and songwriters in Southwest Louisiana. 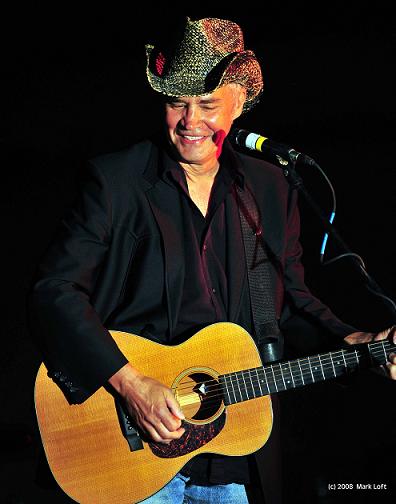 It's a great weekend for music fans and songwriters in Southwest Louisiana. Friday night, those who want to hear some of country music's most famous songs and the stories that inspired them, can spend an evening with a couple of hall of fame songwriters.

Keith Sykes and Richard Leigh kick off the Performing Arts Society of Acadiana's songwriter series, Singer + Songwriter, at the Acadiana Center for the Arts. Sykes has written for and performed with some of the greatest names in music including Jerry Jeff Walker, Emmy Lou Harris, John Prine, Kris Kristofferson, Laudon Wainwright III, Todd Snider and Jimmy Buffet.

"I didn't come to town for the money," Leigh says of his move to Nashville. "I wanted to be around music and music people, my heart truly skipped a beat the first time I heard my work on the radio. Strangely, it meant absolutely nothing monetarily to me, whatsoever. I remember simply feeling a great sense of relief that from then on I knew they weren't gonna send me back home, and that I could, if I worked hard, get to stay with all those magical people for ever more."

If you want to hear what inspired him to write the Crystal Gayle hit, "Don't It Make My Brown Eye's Blue," you'll have to go to the show.

For those that don't have a lifetime to invest in Nashville, Leigh and Sykes will also coach local songwriting sessions Saturday at the ACA. Their true passion is to help others develop their writing skills. This is just the beginning of a chance for local songwriters to learn from those who spent a lifetime writing hit songs.

For those who have an ear for homegrown talent, Bourque's Social Club hosts David Egan, Rex Moroux & Michael Juan Nunez, and some dude named Drew Landry.

Egan is one of Louisiana's great vocalists and songwriters. He plays keys with a pair of Swamp pop legends in the Lil band of Gold and has cuts recorded by Irma Thomas, Tracy Nelson, Solomon Burke and Percy Sledge.

The guitar work of Michael Juan Nunez is in a league of it's own. As a writer, his tunes have made it all the way to HBO's True Blood series.

Rex Moroux is one of the most talented vocalists in the area, a great writer and was smart enough fare pretty well on the Ben Stein show. Suggested donation of $10s/$5 for songwriters.