Road Home grant applicants still being left in the dark as the program faces a $5 billion shortfall. 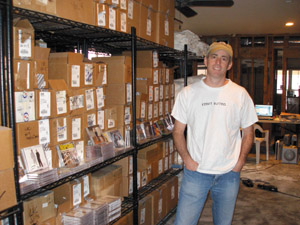 The Independent Weekly's cover story last week ("Road Blown," May 30) chronicled the backstory of how the contract for the bungled Road Home program was awarded to ICF International. The story went to press before the announcement that ICF has now put a July 31 deadline on Road Home applications, partly to ensure that more payout funds aren't added to the estimated $5 billion shortfall in the program. The New York Times took notice of the recent developments, penning a story that contained this sentence:

"But it has stirred something close to despair among some Louisiana residents, who were already bemoaning the sluggish way the program has given out the money it does have; only 22,000 families statewide, out of 140,000 applicants, have received grants so far, for a total of $1.3 billion."

Something "close" to despair? Consider the case of New Orleans' Basin Street Records' founder Mark Samuels, who's been chronicling his Road Home trials on the Basin Street Records Web site. He was flooded out of his Canal Street office, and his Lakeview home also flooded, but Samuels chose to gut the first floor of his house and live on the second floor. Here's what Samuels wrote in a late January entry:

October 9th: Inspection at my home.

Jan 4th: after 30 minutes on hold got cut off when they transferred me to an advisor to discuss my concerns (as the grant letter suggested). Called back and left a message on an answering machine that said my call would be returned within 2 days.

Jan 5th: called and left message on an answering machine

Jan 8th: called and left message on an answering machine (after first getting cut off)

Jan 9th: called and left message on an answering machine

Jan 10th: called and left message on an answering machine (after first getting cut off)

Jan 11th: called and left message on an answering machine (after first getting cut off)

Jan 17th: Ditto, but I also sent them a letter.

Jan 18th: called and left message on an answering machine

Jan 18th: called and left message on an answering machine

Jan 24th: Called and spoke to Monica, yea! She told me that they received my letter and that I should expect a revised grant award letter. However, the revised numbers only addressed one of my concerns and I asked her to review the calculations again. As we were wrapping things up, my connection (perhaps my cell phone) ended. I called right back and got through again! I was not allowed to speak to Monica again, but I spoke to Ewell, who was able to confirm that Monica had input the information that I should expect a new calculation, and that another inspector would call me to come out to the house. He was not able to tell me when that might happen. Congratulations Governor Blanco. ... I am home (in the upstairs of my house and have caught two rats so far in the gutted downstairs), but if my appeal doesn't result in a lot more grant money, I am about to decide to leave again.

Samuels told The Independent last week that he still hasn't received his Road Home funds. "If the Road Home program isn't fully funded, Gov. Blanco needs to figure out how to take care of the promise she made and get us our money, or businesses like ours are going to fold or leave," he says. "I had a meltdown with Road Home on March 29 and broke into tears on the phone. I told the rep, 'I have three talented children in the city. I'm going to leave if I don't have my money before the end of the school year. I'm not going to live another year like we did this year, with no furniture, cooking in a microwave and a toaster oven.'

"The next day I got a phone call from a Road Home rep who was very helpful," continues Samuels. "I sent her a bunch of additional photographs, and she told me she's done what she needed to do so I can now get the full $150,000 award amount. But it's now two months later, and I haven't gotten a letter or any more calls ' nothing. And I'm one of the fortunate ones who can conduct his business on a computer, and can spend time e-mailing and calling Road Home constantly. I can't imagine what it's like for someone who's in Jackson and has to work a 10-hour job.

"I love New Orleans and I really don't want to leave, but I feel like I need to take a stand," says Samuels. "I don't know what that might be ' maybe shutting the doors to my business for a few months, or staging a hunger strike on the steps of the Capitol. I don't know what I'm going to do."