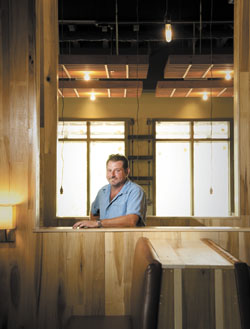 Wednesday, August24, 2011
By Anna Purdy
Photos by Robin May

Nope. Chef Donald Link's Lafayette version of his popular Big Easy restaurant is on schedule for a mid-September opening.

Wednesday, August24, 2011
By Anna Purdy
Photos by Robin May 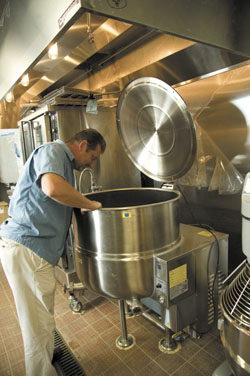 **Nope. Chef Donald Link's Lafayette version of his popular Big Easy restaurant is on schedule for a mid-September opening.

When asked if his New Orleans Cochon is going to be jealous of the new location at 921 Camellia Blvd. just inside the borders of Lafayette's River Ranch, chef Donald Link laughs, "Yeah. I think I will be jealous, too!" Cochon Lafayette is due to open in mid-September.

The menu fittingly hearkens back to the popular Cochon in the Crescent City's Warehouse District - with subtle differences that are enough to intrigue, yet not enough to make it seem foreign to those familiar with the New Orleans original.

Not a fan of the sterile, modern look, Link is giving The Independent a first peek inside the new location. Like New Orleans' Cochon, this one is filled with earth tones - cypress and pine are the primary woods, and the counter tops, like the floor, are a smooth and polished concrete. Every aspect of this place has Link's signature, and the management staff comprises as many friends as possible. One of the builders is husband to famed New Orleans' restaurateur - and Link's friend and mentor - Susan Spicer. 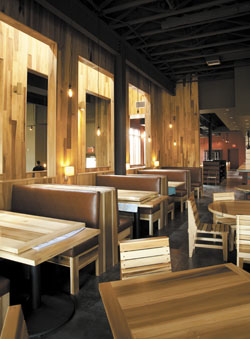 "We brought several people from New Orleans here," Link explains. "We wanted them to really live here and settle in, to be part of the community, to do charity events and be a part of Lafayette."
Executive chef Bill Briand was an Army brat who settled in New Orleans, studied culinary arts at De LaSalle and went to work for Link nearly 10 years ago. Briand already owns a home nearby. Lafayette native Todd Suire had been working in New Orleans for three years, most recently at Cochon Butcher, and returns to be the bar manager. General Manager Toby Lagneaux's brother, Tommy, is the GM of Cochon New Orleans. Most of the remaining staff will be hired locally.

Cochon Lafayette is accessible and spacious. When you drive in, the walkway winds you to an entrance featuring a chandelier made of horns. Lighting is raw, simple and warm. The bar has a dozen beers on tap. Outside, the patio boasts ample seating with citrus trees and herb boxes mingling with benches. There will also be tables outside, so you can dine al fresco while taking in the Vermilion River; and speaking of which: River Ranch's developers are planning a boardwalk along the Vermilion that will lead to an old-fashioned bandstand near Cochon, so expect live music relatively soon. 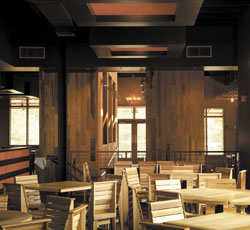 But Cochon Lafayette doesn't mark the beginning of a chain for the Link Restaurant Group. "I've had offers to have a chain of Butcher shops," says Link, "but how do I know it would be quality?"
The Lake Charles native is happy to keep the operation small, ensuring that he can place a careful eye and a steady hand on the quality being offered. Lafayette should be very satisfied.