As the executives who lead the region's top privately held and publicly traded companies gather next week for the third annual Acadiana Top 50 Business Luncheon, three of their peers will be recognized for standout performances. The annual luncheon is a commemoration of the region's top performing companies based on research that is published each August in The Independent's sister publication ABiz. The list ranks and reports the region's top business performers based on gross revenues.

On the heels of plans for a major expansion made public late last month, Dr. Kip Schumacher, CEO of Schumacher Group, has been named Dealmaker of the Year. Announced at a press conference with Gov. Bobby Jindal and other regional government officials at his side, Schumacher laid out a five-year plan to add 600 new jobs with average salaries of over $60,000 a year. The expansion includes $19 million in improvements to its local headquarters and training center, which means another 784 construction jobs. Schumacher ranked second among the Top 50 in this year's report.

A first-timer on the list is Louisiana Rice Mill, which burst on the scene at No. 11 with revenues of $196 million, earning the company The Newcomer of the Year Award. Based in Crowley with a second mill in Mermentau, LRM takes full advantage of access to deepwater ports in Lake Charles and New Orleans to export rice to the global market. The company also serves domestic customers with private label products. CEO Bobby Hanks will accept the award.

The Acadiana Honors Award, bestowed annually by the seven regional economic development professionals who comprise The Acadiana Economic Development Council, recognizes a company that exemplifies entrepreneurship, innovation, great corporate culture and a strong regional spirit. The award itself is an original piece of art created by renowned local artist Kelly Guidry and will be presented on behalf of the group this year by Lafayette Economic Development Authority CEO Gregg Gothreaux to The Acadian Companies and Acadian Ambulance. "From its Lafayette headquarters, Acadian Companies touches every community in Acadiana and is a major economic driver with $358 million in revenues in 2010," says Gothreaux. "It is the embodiment of Louisiana's nurturing Cajun and Creole culture. The company's leadership and employees are committed to the community - providing medical support at local events, education opportunities and exemplary volunteerism."

Acadian's chairman and CEO, Richard Zuschlag will accept the honor.

Whitney Bank and the law firm of Allen & Gooch host the luncheon in honor of the top CEOs, slated this year for Thursday, Sept. 1, at the Cajundome Convention Center at noon. Peter Ricchiuti, associate dean of Tulane's Freeman School of Business, will offer keynote remarks. Rob Eddy and The Pinnacle Group, Vidox Productions and Fire & Safety Specialists are supporting sponsors for this event. Tickets are $50 per person or $450 for a reserved table for eight, and deadline for reservations is noon Thursday, Aug. 25. For more information or to download a ticket order form online, go to www.theind.com/indevents or contact Robin Hebert at 337-769-8603 by phone or email at [email protected] 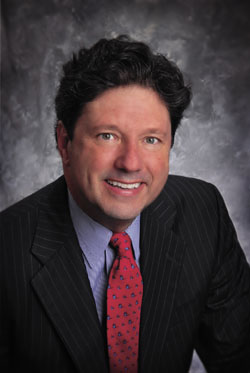 Keynote speaker will be Peter Ricchiuti, assistant dean of the Freeman School of Business at Tulane University. A former investment banker in the Boston office of Kidder Peabody & Co., Ricchiuti served for five years as the assistant state treasurer and chief investment officer for the State of Louisiana before joining the Tulane faculty. His highly-acclaimed Burkenroad Reports follows undervalued and overlooked stocks in six southern states. He and his program have been featured in The Wall Street Journal, The New York Times, BARRON's, CNBC, CNN, NPR and others.  A popular speaker, Ricchiuti was also selected by the NFL to coach members of the New Orleans Saints on managing their investments.