The definitive agreement calls for an $11.5 million cash payment and 725,000 shares of MidSouth's common stock.

MidSouth Bank isn't stopping in its active role in the region's acquisition fever, as evidenced by Tuesday's announcement that the bank will purchase First Louisiana National Bank, headquartered in Breaux Bridge. 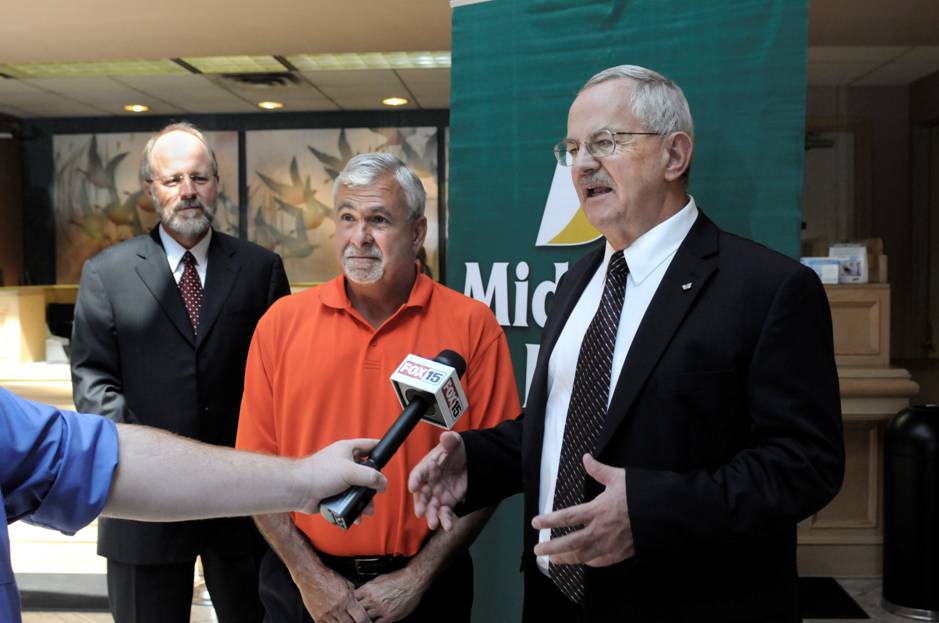 According to a release from MidSouth, the purchase agreement calls for an $11.5 million cash payment and 725,000 shares of MidSouth's common stock to close the deal, which will add roughly $115 million in assets to MidSouth's portfolio.

"First Louisiana National Bank is a healthy bank with a strong consumer market franchise," MidSouth Bank President and CEO Rusty Cloutier says in the release. "We are confident there are tremendous opportunities to increase lending in St. Martin Parish, by leveraging access to MidSouth's additional products and services, supported by a more technologically advanced banking platform and a much larger network of retail banking centers and ATMs."

First La. National's Lafayette location will close and merge with a nearby MidSouth branch on Moss Street. The MidSouth operations center in Breaux Bridge at 728 Berard St. will expand once the acquisition is final, but MidSouth's Breaux Bridge banking operations will move from its Berard Street location to First La. National's Mills Avenue branch. First Louisiana National in St. Martinville will remain open after the purchase.

Although MidSouth is headquartered in Lafayette, the regional financial institution is no stranger to the Breaux Bridge/St. Martin market. Cloutier points out that MidSouth's purchase of Breaux Bridge Bank and Trust in 1987 helped pave the way for the bank's expansion from a $28 million bank almost 25 years ago to a bank with $1.2 billion in assets as of July 31.

"We're a tight-knit community, and MidSouth Bank shares our banking philosophy," says First Louisiana National Bank Chairman Randy P. Angelle. "That is why we are confident this transaction will be good for our shareholders and employees, and - importantly- for our customers."