With a tropical depression set to soak the Hub City, the Nik-L-Beer curse lives on. 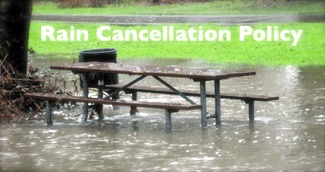 The kick-off for the 2011 Fall Downtown Alive! concert series has met its match in a tropical depression.

The decision extends a curse for the scheduled act, Nik-L-Beer, a popular variety band that is a huge draw for DTA; the band was set to close out the spring 2011 series a few months ago but that show was also cancelled due to rain. And DDA actually decided to begin the fall series one week earlier than normal and open with Nik-L-Beer, a sort of consolation prize for both the band and the crowd.

So on Friday, Sept. 9 the Charmaine Neville Band will perform in Parc International and "officially" kick off the fall season.