The New Iberia-based jewelry store founded by the Armentor family in 1939 hopes to have its Lafayette store open by Nov. 1.

Armentor Jewelers, which carries a range of mid- and high-priced lines in its New Iberia and Abbeville stores, is bringing its seven decades of jewelry experience to Lafayette.

"We do try to have a little something for everyone," says Mike Armentor, who will be managing the Lafayette location in the new Parc Lafayette development on Kaliste Saloom Road at Camellia Boulevard. Thirty five years ago, Mike's father Eric joined the business his father founded in 1939. Eric remains the majority owner. 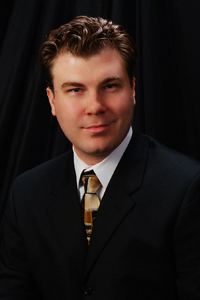 Mike, who joined the company about 15 years ago, says the family hopes to introduce a new concept in retail jewelry sales with this Parc Lafayette store. "It'll be hip and fun, not so intimidating or stuffy," he says. The 2,500-square-foot store will have a number of TV screens throughout the space, as well as iPads on the counter tops. Some samples of jewelry will also be displayed on the top of counters, rather than in display cases, so customers can walk around in a relaxed atmosphere touching and trying the pieces, Mike says.

The store will also focus on custom pieces, with the iPads and TV screens helping customers understand the custom-design process.

Armentor Jewelers is one of several tenants lining up to join the 1921 Kaliste Saloom Road building, which is 35,960 square feet, according to Lafayette Consolidated Government's records.

It's the first building to be completed in the development. Mike plans to open between mid-October and early November.

Armentor Jewelers, Imelda's Fine Shoes, Studio M (women's clothing and accessories) and Blanc (a bridal store) have all submitted plans for approval. So far, only Superior Nails has been permitted.

The shell for a second building, 16,000-square-foot La Marquis department store, has been permitted as well, according to LCG's records.