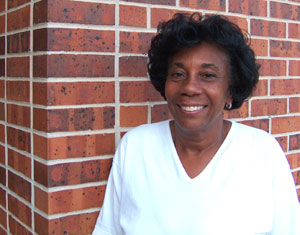 Late last Wednesday afternoon, Paula Foy cautiously walked up to the tables set up in the Cajundome lobby for Hurricane Katrina evacuees to register her children in Lafayette Parish schools.

"I'm here to find out why we're registering," she says. "We don't really have a foundation yet of where we're staying. We don't know how long we're going to be here."

Having fled New Orleans the previous day and still unsure about the condition of her home, Foy is reticent about immediately transferring her kids into new schools.

"My daughter is a senior in [Fredrick Douglas] high school, and she's not really excited about registering at another school," she says.

Foy finds Ouida Forsyth, who is helping to coordinate the registration. "Why don't you just take one and see what happens," Forsyth suggests, handing Foy a registration form. "You can always bring it back tomorrow." Foy takes three, for her daughter and her two younger sons.

"I might go ahead and register them," Foy says, surveying the line of other evacuees filling out the forms. "I don't know. I don't want to. I want to go back to New Orleans."

Forsyth, director of the Schools of Choice Program, is working volunteer overtime with about a dozen other Lafayette Parish School System employees who are registering the evacuees. Forsyth moves quickly across the tables addressing issues that continually arise from both the parents and workers registering them. "I have a 19-year-old who's a senior in high school who wants to register herself," one worker asks. "As long as they're over 18," Forsyth replies. While unique circumstances continually arise, Forsyth says that the most prevalent concern is from parents like Foy who just don't know how long they'll be displaced, or where they'll stay.

"They're in shock," says Forsyth. "A lot of them think they'll just be here for a couple of days. I can't tell you how many times I've heard that today."

Other parents are less hesitant, trying to quickly fill out the forms in fear that the Lafayette schools may all soon reach capacity. According to Forsyth, nobody is going to be turned away. "It's the public," she says. "This is public school. Mother Teresa always said take care of what's in front of you. That's what we're doing. That's all we can do. We're not even having those conversations."

Across from the registration tables, Darkus Bellard stands barefoot in sweat pants busily filling out a form on a counter that normally serves as a cocktail bar at Cajundome events.

"They say we're going to be here from six months to a year," she says. "We're not going home. We have nothing to go back to. We lost everything. I don't even have a toothbrush."

Bellard says she fled her home in Veterans Park in Kenner with several members of her family.

"There's about 35 of us here," she says, "That's my mom, this is my niece, this is my sister and that's my brother-in-law. I've got an auntie with a handicapped son. I've got another aunt whose taking care of six grandchildren. We still have family members [in New Orleans] that we can't even reach."

Bellard, a single mother of three children, says her family has a total of 19 children with them at the Cajundome they will likely register for schools in Lafayette.

"We were terrified," she continues, recounting the conditions in the city before they left. "Everything was dark. We had no lights and the kids are agitated. They're upset. They're hungry, and we were going to have to do what everybody else down there was doing ' looting. We didn't want to do that."

On Tuesday night, she said they all stayed in her cousin's trailer in Duson before moving to the Cajundome. "That's the only way we can get assistance is if we're here, they said."

Most of the families signing up their children for school here are in similar states of uncertainty and trauma.

Eva Jones, assistant superintendent of the Plaquemines Parish School System, is visiting families at the shelter to confirm news of the devastation back home. Much of the parish is completely submerged in water. A Port Sulphur High School football coach and his assistants were rescued off the roof of the school, but there are numerous people missing and feared dead.

"When this is all said and done, there will have been a lot of people who drowned because they didn't heed the warning," Jones says. "I don't think we have ever had flooding to this extent."

Jones' own house is also destroyed. "I don't know if I even have a structure left," she says.

But the loss extends beyond physical property. Jones fears that many of the parish schools systems' student records that were housed at the Port Sulphur office may be lost – including grades and health records. "All of these types of things are gone," she says. Looking around at the crowd, she pauses. "Many of the people that are here are here with just the clothes on their backs," she says. "When you stop and concentrate on it, it depresses you. It really, really depresses you."

Bellard says the only thing she can do is move on. Asked when – if ever – she thinks she and her family may return home, she says, "No time soon. Even if it was within our desire to go back, it won't be no time soon. We have to rebuild our whole city. I look at it this way: I escaped with my life, my family, my children, and I'm satisfied with that."

She aches for the kids who will soon be starting over in new schools in a new community. "It's going to be very hard," she says. "They lost everything. All their friends were there. They have memories there. We can't get back those memories there. The storm took all that from us."

Superintendent James Easton and his staff first made the call to begin registering students as soon as they realized the severity of the situation on Tuesday.

"Right away the first thing that went through my mind was, 'What about the children?'" Easton says. "We want to help. We're very, very sorry about the situation that caused them to come to us but just flat-out honored that we can help them."

Lafayette Parish was one of the first to begin registering displaced students, starting up a three-day registration drive on Wednesday morning.

Easton says initial projections were that around 600 evacuated students would register. After close to 750 students registered Wednesday, Easton says the final number of new students will likely be closer to 2,000. Once they get a final working number, Easton says school system officials would likely be working through the weekend, with the goal to have the new students attending classes this week.

In order to achieve that goal, Easton said the school board will likely need to take up issues such as adjusting its class size ratios, hiring more teachers and bringing in more portable buildings to schools. Easton also said that State Superintendent Cecil Picard indicated to him that the state would help cover those additional costs and that he has no intention of grouping the displaced students into one central location or school.

"Once those students register with us, they become our students, and we will act accordingly," Easton says.