This 7-acre tract off Ambassador Caffery Parkway sits among the most valuable commercial land in the city. Owned by Dwight Andrus Jr., the property does not appear to have any agricultural activity taking place but nonetheless paid $20 in property taxes last year. 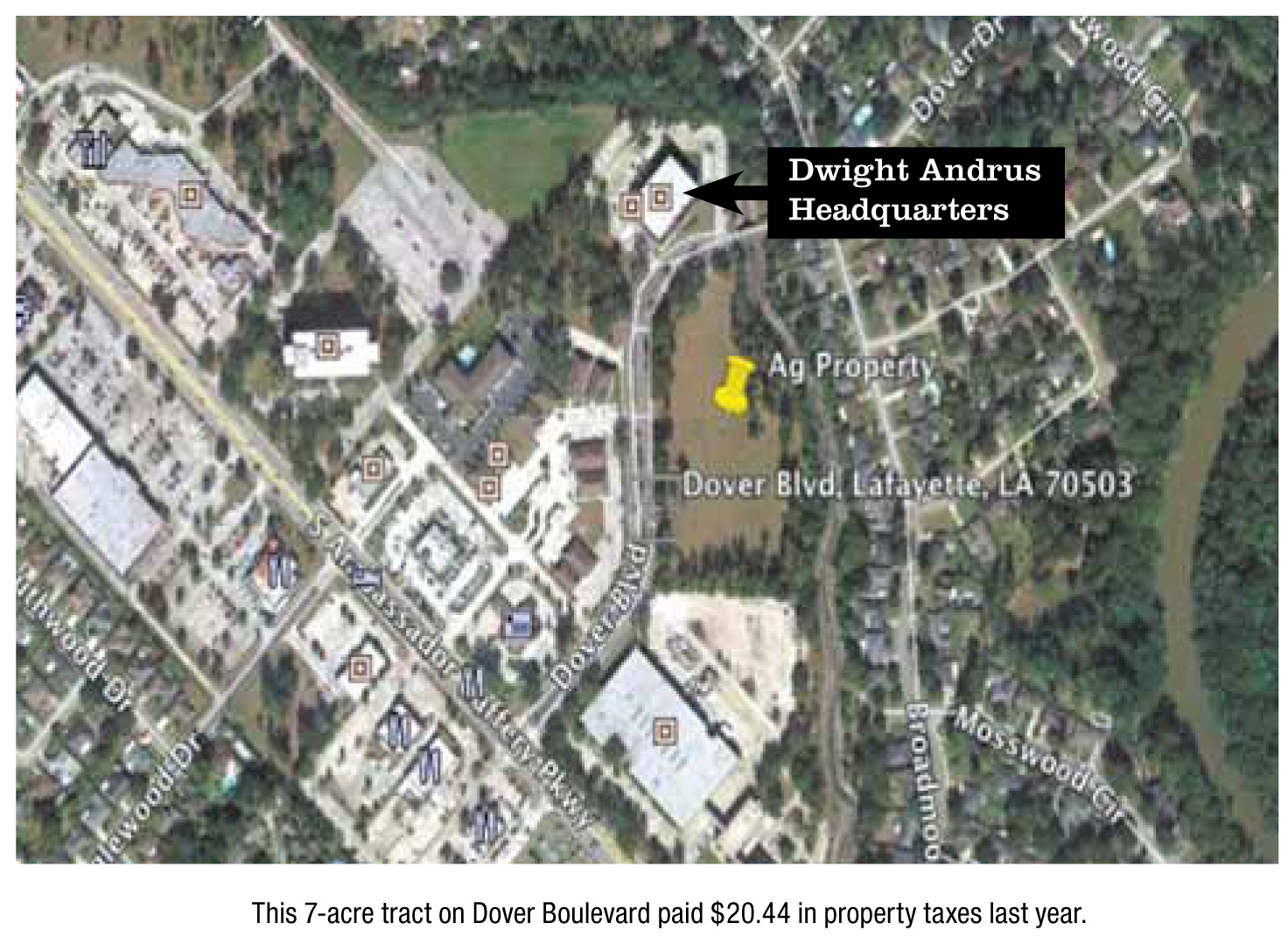 This 7-acre tract off Ambassador Caffery Parkway sits among the most valuable commercial land in the city. Owned by Dwight Andrus Jr., the property does not appear to have any agricultural activity taking place but nonetheless paid $20 in property taxes last year. Andrus did not return several calls made to his office for comment. Lafayette Parish Tax Assessor Conrad Comeaux was unable to confirm what type, if any, farming is taking place on the land, but he says his office has begun a new process for monitoring agricultural land within the city. Using new aerial photos, the assessor's office will identify properties potentially not complying with the law's loose standards. By early next year, those property owners will be notified of their loss in agricultural status and must re-apply for farmland classification, certifying that there is some type of ag activity taking place on the land.

Comeaux, who is again unopposed this election cycle and will begin his fourth term as the parish tax assessor next year, admits that a few of his larger campaign contributions have come from landowners who use the tax loophole to pay next-to-nothing in property taxes. Glenn Stewart, Daniel Saloom, Richard Chappuis and John Chappuis are among the contributors who have benefited from the exemption, though Comeaux says he doesn't look at the individual property tax brackets of people who choose to donate to his campaign.

As for whether the state law will ever be amended, The Independent has reached out to Lafayette's legislative delegation to gauge lawmakers' interest in reforming the statute. State Reps. Joel Robideaux, Rickey Hardy, Nancy Landry and Page Cortez (who is unopposed in his Senate bid) responded to our inquiries before press time Monday. Robideaux says he will research the current law and discuss the issue with legislative staffers to see what remedies, if any, are available.

Notes Cortez, "I am certainly willing to look at anything where there are misuses or unintended consequences of the law."

"I'm not sure if it would have to be taken up in a fiscal session or not, but I will start looking into possible resolutions to the unfair application of the agriculture classification," Landry says. 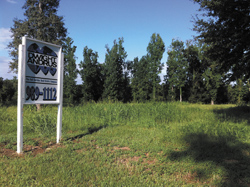 Hardy calls the ag exemption an "unfair practice" and maintains that "help is on the way."

Comeaux says he would support a change in the law, depending on the language and whether the outcome would be fair for both landowners and farmers. Comeaux also points out that the law already has been altered a few times in the past - but not for the benefit of local tax coffers. When agricultural land use value was defined by the Legislature in 1976, the law clearly stated that when ag land is converted to another use, the property owner must pay five years in deferred taxes based on the land's current usage. That means once ag-classified land is developed for, say, commercial use, the property owner would owe five years of back taxes based on the land's current commercial value.

At some point in the early 1990s, that language was stripped from the law.

Reinstating that requirement is a good starting point to fixing a bad law that costs Lafayette Parish tens of millions in lost tax revenue each year.

[Editor's Note: "Fair Share" is part of an ongoing Independent Weekly investigative series to expose local property owners taking advantage of what is widely viewed as an outdated state law. The state law, first reported in The Ind's April 6 cover story "Green Acres," mainly relies on the honesty of landowners who claim that there is some type of agricultural activity on their land in order to pay extremely low property taxes. While we argue that the law needs to be changed and will work to see that happen, we also maintain there is no excuse to exploit it. We have identified numerous tracts of land throughout the city that benefit from the exemption yet have no agricultural activity whatsoever taking place on them. Since we started this series, The Independent has been criticized for not reporting on certain agricultural properties and their owners due to personal interests at this newspaper, particularly property located within River Ranch. However, when this Fair Share project began, The Ind used a map provided by the Lafayette Parish Assessor's Office that identified all agricultural property within the city limits of Lafayette as of March 23, 2011. River Ranch had no property listed on that map; the numerous tracts of agricultural land and their owners have all been identified using the same map.]