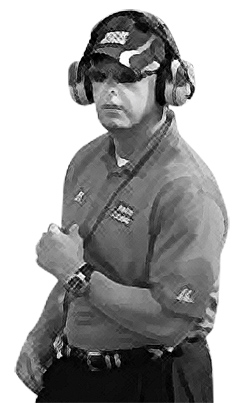 C'est Bon
The UL Ragin' Cajuns' sloppy, soaking-wet 20-12 victory Saturday night on the road against the Kent State Golden Flashes was more than just a win. In a game delayed for nearly an hour and a half due to lightening - golden flashes indeed! - and plagued by rain of biblical proportions in the first half, Mark Hudspeth picked up his first victory as the Cajuns head coach. The win was also the first by UL on the road versus a Mid-America Conference team and the first against any non-conference opponent on the road since 2006. And although the game was ugly from start to finish - neither team eclipsed 190 yards of total offense and combined for eight fumbles and two interceptions - there's much to build on as the Cajuns host the Nicholls State Colonels Saturday as a tune-up to Sun Belt Conference play. 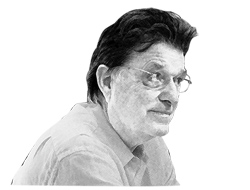 Pas Bon
Radio "personality" Garland Robinette has a powerful perch on WWL in New Orleans, and as we learned last week in a series of articles and editorials in The Times-Picayune, he used that bully pulpit to pad his pockets in a most unethical way following Hurricane Katrina. Robinette's name surfaced on a "lobbyist list" seized in an FBI raid at the office of River Birch, a West Bank landfill operator that heatedly competed with rival landfills in 2006 and 2007 for lucrative Katrina construction debris contracts. River Birch owner Fred Heebe wanted those rival landfills closed and he apparently had a ringer in Robinette, who, like Glenn Beck shilling for gold, railed against those rival landfills as toxic, potential Super Fund sites in a campaign in which he cast himself as a principled environmental champion. What Robinette revealed to neither his listeners nor to his bosses at WWL was that he also happened to be the beneficiary of a $250,000 interest-free "loan" from Heebe - a loan he has yet to repay. Amazingly, Robinette is still employed by WWL. That's what we call air pollution. 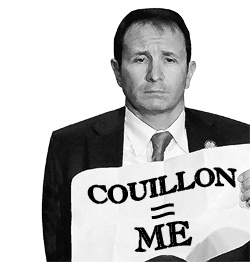 Couillon
U.S. Rep. Jeff Landry, R-New Iberia, proved again what churlish little snots the teabaggers can be last week when, grim and steadfast and sitting just two rows behind fellow Republican Rep. Joe "You Lie!" Wilson, held up a sign - "DRILLING = JOBS" - during President Barack Obama's address to a joint session of Congress. So much for decorum. The slogan underscores the freshman congressman's limited understanding of economics, offering instead a simpleton's solution: drill, baby, drill! (and cut regulations, kill the EPA, privatize everything, corral those tree-hugging sissies and get rid of those evil unions and their outlandish demands for fair pay and safe working conditions). The Associated Press photo of Landry pulling a Glenn Stewart stunt has become an "insert your own slogan using Photoshop" sensation on the web. Our favorite knock-off: "I AM AN EMBARRASSMENT TO MY STATE."