The Louisiana Cultural Economy Foundation (LCEF) announced that its annual fundraiser will this year be held in Lafayette at downtown hotspot Trynd.

The Louisiana Cultural Economy Foundation (LCEF) announced that its annual fundraiser will this year be held in Lafayette at downtown hotspot Trynd. 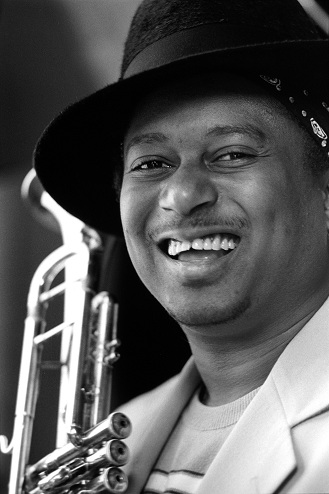 On Oct. 13 at 6 p.m. performers Kermit Ruffins and Rex Moroux will regale the audience as part of the benefit. There will be a silent auction that includes original artwork, Broadway tickets and more with lots of food and specialty drinks.

LCEF was founded in 2005 as a nonprofit dedicated to helping the artists - visual, musical, culinary and otherwise - of Louisiana. LCEF helps artists seek medical care, apply for grant money to further their art, and more.

Last year the fête raised close to $100,000 and it all goes to supporting what the LCEF sees as one of our chief exports: those who embody the unique cultural spirit of Louisiana art, music and food. Often artists do not have things like health insurance and are considered contract workers without a steady backboard of financial stability to fall upon. LCEF is there to help artists when they need it since they are such an important part of Louisiana's reputation and one of the main draws for people to come here, either to live or as a tourist.

Tickets are $75 and include the food, drinks and mingling with some of the best artists from the state. It is the kick-off before Festivals Acadiens et Créoles the following weekend. Co-chairs of LA Fête Lafayette 2011 are Cathi and Francis Pavy, Cynthia and Terrance Simien, Marcus and Yvette Brown and Charlie and Dell Goodson. Contact LCEF to purchase tickets or inquire about what they can do for your or an artist you know.