I got to the ticket window at the Hirsch Coliseum, baby whiskers on my chin, and found myself 80 cents short. The ticket people would make "no exceptions" and turned me away. Undaunted, I headed into the abysmal parking lot where folks were partying with much joy, looking to bum 80 cents from some sympathetic soul. Yes, I was the proverbial lone white face in this celebratory sea of humanity, beneath the stars and a mysterious cloud of smoke. I knew that I could get my ass kicked, but had no thought or fear of death. It was a simpler time. 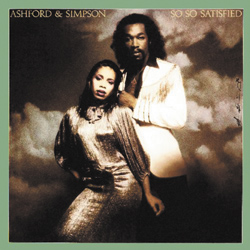 This was a glorious period for soul music, the pre-disco '70s, when scores of groups and artists were flourishing. The classic soul era of Motown and Stax had propelled surviving and newer acts - The Isley Brothers, Ashford & Simpson, Earth Wind & Fire, Parliament/Funkadelic, Mother's Finest, Al Green, Rufus with Chaka Kahn, and on and on - who were prodigiously expanding the genre. It was all about the song. Marvin Gaye, Stevie Wonder, Donny Hathaway, Roberta Flack and countless others had morphed from "contract singers" into important, visionary artists with crucial messages to share. We didn't know that the dreaded disco would come like a viper, to change the game and drain life force from the entire American culture. We accepted the foreshadowing of the disco beats, not knowing the slippery slope we were on. In the blink of an eye, God help us, it would be Bert Convy boarding the Love Boat and no one would think twice.

As a young Shreveport musician, I thrived on these artists. I attended the big concerts at the Hirsch with musician buddies and girlfriends on a regular basis. The night Ashford & Simpson filled the Hirsch, for some reason I boldly went alone. I feasted on their albums, and was keen on their many accomplishments. There were the numerous Motown classics they wrote - "Ain't No Mountain High Enough," "You're All I Need to Get By" - as well as the pre-Motown anthem, "Let's Go Get Stoned," immortalized by both Ray Charles and Joe Cocker's Mad Dogs and Englishmen. But I was crazy for their run of Warner albums, So So Satisfied and Come As You Are, among others, which they released as artists.

Navigating through the Hirsch parking lot, I endured many humiliations. Odd man out and clearly out-dressed, folks could see me coming, and that I wanted something. They spun colorful ways to tell me to go jump in the lake. But miraculously, a hip looking young brother started to dig into his pockets. I threw in that I was a musician and that it was imperative for me to not miss this show. That probably did more harm than good. His buddies protested, "Don't give that fool no 80 cents He ain't no damn magician You need that money later on for the club ." But my benefactor was true to his generous aim, and back to the window I marched, counted out the money with great emphasis on the last 80 cents, and I was in.

The concert was general admission, and working solo, I easily made my way toward the front. When the headliners hit the stage, it was an EXPLOSION! An explosion of LOVE, and the message was LOVE. The vibes, the orchestra, the songs, the power and charisma convinced me that this was the greatest show I had ever seen, and that sometimes it pays to be humble.

Flashing forward to 2010, I was the pianist in the local production of Dream of the Marionettes, and went to NYC with the troupe to participate in the New York Fringe Festival. Dirk Powell was on bass, Roy Durand on drums and Johanna Divine, co-playwright, on guitar. My youthful Jelly Roll Morton visions of playing piano in the presence of girls wearing corsets and fishnets was being fulfilled, and in New York City, no less.

We learned from journalist Jim Bessman that Ashford & Simpson had a little club on the Upper West Side called The Sugar Bar. Not only was it Open Mic Night to some of the greatest under-the-radar New York singers, not only was the small band absolutely bad ass and unshakable, but this night would be Val Simpson's birthday party and she often sings along with a wireless mic from her front table. Count me in. I shared my Ashford & Simpson story on the cab ride uptown. The Sugar Bar was so packed that I might have bailed. But that band, those singers and the birthday cake were just too good.

We hung in there. Bessman showed up during the break as things were finally thinning out. Dirk insisted that I tell him my story, so I rolled it out once again. He got a crazy look and said, "You gotta tell that story to Nick and Val!" So he led me upstairs to some exclusive crowded area that I didn't know existed. The Red Sea seemed to part, and there I was seated across a small table from Nick and Val, the most GORGEOUS couple I have ever seen.

Again I launched into the narrative. They smiled and listened, and chimed in, "Oh no They wouldn't give you a ticket??? Eighty cents?" and so on. We laughed and laughed, and for 15 minutes I was the life of the party. They were so generous with their attention, and how they lit up when I was able to tell them, specifically, the Ashford & Simpson albums I treasured, and what I loved about those albums. They gave me hugs. They were wonderful. I came down those stairs feeling like a champion. I bought a big round for my companions and me, and this time I wasn't 80 cents short. We partied and chattered, and eventually chattered the chairs up onto the tables.

The impact of Nick and Val's music on the world is inestimable. We hit great heights when we can whole-heartedly thank our great artists and mentors for their gifts. If only I could thank the dude who gave me the 80 cents that got me through those doors and up those stairs.

Nick Ashford passed away on Monday, Aug. 22, at age 70. Another of the all-time greats has gone to the Great Beyond. He was a brilliant writer, producer and vocalist, and proof that a showbiz marriage can work for the long run. My Yamaha upright stands ready. "Let's Go Get Stoned" one time for you, Nicholas Ashford.

David Egan is a Lafayette musician and songwriter whose songs have been recorded and performed by Irma Thomas, Etta James, Solomon Burke, David Egan, Joe Cocker and many others. David currently plays keyboard and sings with Li'l Band O' Gold, and as a solo artist with his backing band, 20 Years of Trouble. Learn more about David and his music at DavidEgan.net.