**The $1.1 billion University Medical Center should begin rising in New Orleans' Mid City soon. But economic, demographic and legal variables could play a role in how successful it is, and how soon.
**

**The $1.1 billion University Medical Center should begin rising in New Orleans' Mid City soon. But economic, demographic and legal variables could play a role in how successful it is, and how soon.
**

In the same year that New Orleans marks the 10th anniversary of Hurricane Katrina, the city and the state of Louisiana will, if things go as planned, mark a new era in health care.

LSU's University Medical Center - the state's ambitious, $1.1 billion plan to not only replace the old Charity Hospital ruined by Katrina but to create a state-of-the art teaching hospital - is scheduled to open in 2015. Already the state has spent more than $100 million acquiring land in Mid City and for planning and design for the 424-bed complex. Ground breaking and construction - the latter by itself will be a major economic boost to New Orleans - should begin soon.

"I think this is going to be great for New Orleans and also for the state," predicts Elaine Abell, a Lafayette attorney who sits on the nonprofit board overseeing the project. "One thing I keep emphasizing is, it's a state hospital, not a New Orleans hospital."

Indeed, the LSU-UMC could put New Orleans and Louisiana on a competitive playing field with Houston to the west and Birmingham, Ala., to the east, cities with major hospitals known for their specialists - cancer specialists in Houston and cardiovascular specialists in Birmingham. And that, says Abell, could have an impact on Lafayette's health care sector, which is a major piston in our economic engine.

"Seventy percent [of physicians] who do their residency [in Louisiana] stay in the state," Abell says, "so we'll have a well-trained group of physicians going out into our communities."

In addition, LSU is already planning a three-year degree program in primary care at University Medical Center in Lafayette as a complement to the New Orleans project. The local UMC training program will accept 30 to 40 medical students, Abell estimates, and will partner with other hospitals in the Acadiana area.

The LSU-UMC project had to clear some significant hurdles to get to this point. But the Legislature's Joint Budget Committee gave its final blessing, without opposition, to the project on Friday, Sept. 16, after UMC Management Corp. - the board of which Abell is a member - appeared before lawmakers and presented them with a financing scheme that avoids several hundred million dollars in direct UMC debt. The plan, approved by the UMC board a week before, also projects down from $100 million to $60 million the state's financial obligation for the project over the next decade.

The Joint Budget Committee's approval of the project represented a major victory for Gov. Bobby Jindal, who has long pushed for the plan, and the Sept. 16 presentation to lawmakers by the board also appeared to assuage some of the concerns of state Treasurer John Kennedy, who previously had been more closely aligned in his outlook on the project with U.S. Sen. David Vitter. The latter has stopped just shy of characterizing the LSU-UMC project as a boondoggle.

Although the Legislature's approval was effectively a final hurdle to breaking ground, concerns remain, including a variable that will play out over the next few years: the success (or failure) of the Affordable Care Act - Obamacare, if you're so inclined.

Will the U.S. Supreme Court rule the act's individual mandate constitutional? That will have a huge impact on how many people are on private insurance or Medicaid or on any health insurance plan at all in the coming years. 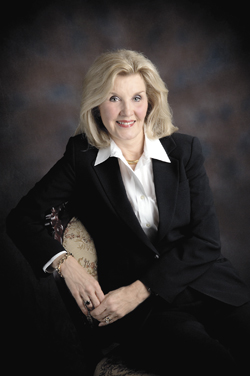 "That's something we're going to have to deal with," Abell admits. "All that is up in the air, I'll be honest with you."

While LSU-UMC will fill the role that Old Charity did - the hospital of last resort for New Orleans' indigent population - the vision is for it to become a world-class teaching institution that draws specialists from around the country and the world, allowing it compete not only with the out-of-state big boys, but with metro New Orleans hospitals that have benefitted financially by Charity's demise.

"After Katrina we had to farm out a lot of our programs to the other hospitals - to East Jefferson and West Jefferson, even Ochsner had some," notes Abell. "What we're wanting is for those programs to come back into the University Medical Center. That's where you're probably going see some of the other hospitals say, We've enjoyed this from a financial standpoint as well as a prestige standpoint.' So, we're hoping that that works smoothly."

Health care analysts refer to it as "repatriation," that is, a return of the patients, doctors and staff members that once were treated at or worked at Charity embracing the new LSU-UMC.

But to be competitive and have regional appeal, the new hospital will also have to shirk some common perceptions in New Orleans about Old Charity, namely that it was a hospital for poor, black people.

"This independent board hopes to make it a hospital that you want to come to - that's what we're striving to do, so that we will have the public and the private patients there," says Abell. "Hopefully they will come to us because of the expertise that we offer, and the physicians who are there and the students who are there."