A little-known group of treatment centers based in Lafayette is the state's fastest-growing private company. 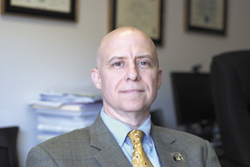 A little-known group of treatment centers based in Lafayette is the state's fastest-growing private company.

It's the fastest-growing privately held company in the state, so says Inc. magazine, and most people haven't even heard of the Lafayette-based company. Townsend, which owns and manages outpatient addiction treatment centers, grew its revenues by a whopping 1,180 percent over the past three years and ranked No. 276 on Inc.'s list of the country's 5,000 fastest-growing private companies. But it's not stopping at $2.3 million in revenues, because there is too much work to be done in the war on addiction.

Since the Inc. story was published in late August, Townsend acquired its main competitor in Mandeville, Addiction Evaluation Education Treatment LLC. And Townsend CEO Michael Handley says there will be many more opportunities down the road for this outpatient rehabilitation business' unorthodox rehabilitation model, which incorporates genetic testing, though he expects most of the growth to be organic.

"This cognitive model of treatment we use allows us to objectively measure things like decision-making abilities," says Handley. "Historically in treatment we used to ask, How do you know when it is time for someone to leave treatment? What's success?' Well, success is abstinence, meaning someone has refrained from using drugs in x amount of time, and he finished 30, 60 or 90 days.

"But with any other disease, we don't do that," continues Handley. "If somebody has cancer, we don't say, Well, you had your six chemotherapy treatments, enjoy your life. We do a pet scan or an MRI, and we determine if the disease is stable or if there is still something going on. Is it in remission? Do we need further treatment? That's what we do at Townsend. We're very focused on being able to identify the problems and determine someone's disease state. So our cognitive model lets us measure the brain and how it is functioning." 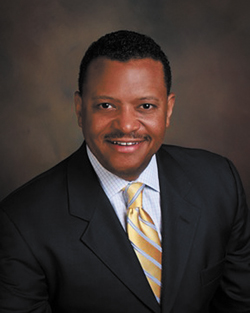 For Handley, Townsend's mission is personal. He created this model with his two business partners - Dr. Howard Westman and Dr. Kevin Jordan - because his own experiences led him to this career path. A New Orleans psychiatrist, Westman is Townsend's chief medical officer; Jordan, who previously was CMO at Touro Infirmary in New Orleans, is its chief operations officer.

"I'm a serial entrepreneur," says Handley. "My background is in computer software and technology. I did well in those fields and then my own personal struggles with alcoholism landed me basically on the street," he says. "I lost everything."

Handley says he wished there was an outpatient rehabilitation center like Townsend at that time, because it would have allowed him to seek treatment earlier.

"That last year before I got help, I created a tremendous amount of destruction and leveled a lot of people in my life and in my family," reveals Handley. "I would sit down at night and try to find a place that could help me where nobody could have to know. There wasn't anything like Townsend; there was nowhere that somebody like me could go.

And I want to believe that if there had been a place like this where I could have gone, I would've gotten help a year earlier."

Handley says Townsend provides services that were previously offered solely within an inpatient facility. Because of Townsend, people can maintain much of the normalcy of everyday life, lessening the risk of losing their families or their jobs because they are in treatment.

"We created a very effective model of care that allows us to treat the biological disease of addiction and acute medical withdrawal cases in an outpatient setting," says Handley.

"Townsend taught me that my addiction was way more in depth than me just physically drinking alcohol," a Townsend client who asked to remain anonymous tells ABiz. "I was taught that I had a disease and that it was never-ending. Townsend had provided me week in and week out with recovery tools that I can use every day for my addiction."

Although not a Lafayette native, Handley decided to locate Townsend's headquarters in Lafayette, which he calls it home.

"It was serendipitous to start a company here; fate kept me here," says Handley. "Lafayette contributed a lot to our growth."

Handley expects Townsend's dramatic growth to continue, because of the business model: "It meets their needs in their lives in this economy. So guess where they are going to go? Here. Couple that with customer service fanaticism; this is the Marriott of treatment." 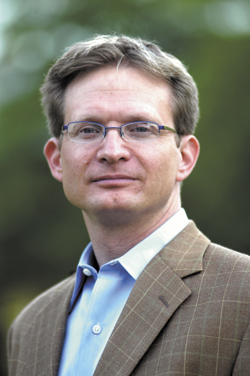 Handley says although Townsend recently acquired Addiction Evaluation Education Treatment, its business plan calls for most growth to happen organically. However, he would not rule out acquisitions down the road.

Townsend plans to remain a privately held entity, with no aspirations of going public down the road. "Having been down that road before, I don't want that," admits Handley. "We're nimble the way we are."

Handley says part of his client base is concentrated in Louisiana's oil field, because injured workers can become addicted to pain killers. However, he points out there is addiction everywhere in the U.S.

"Addiction is a chronic biological disease of the brain that is largely genetic, and dependence is universal," says Handley. "Addiction is an equal-opportunity destroyer."

Insurance covers the majority of the treatment costs, which relieves the financial barrier to seeking treatment.

"We have an affordable model that works," says Handley. "People are getting better."