Rock 'n' roll and beer have enjoyed a long, happy marriage. The two renew their vows and seal it with a big, wet French kiss at the upcoming Rootstock concert, and on the forthcoming record, En Francais: Cajun 'n' Creole Rock 'n' Roll...

People Try to Put Us Down:
New record and performance celebrates the Woodstock era en francais. And beer. By Walter Pierce 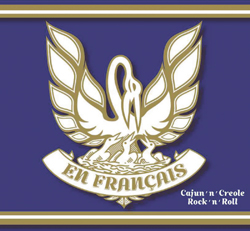 Rock 'n' roll and beer have enjoyed a long, happy marriage. The two renew their vows and seal it with a big, wet French kiss at the upcoming Rootstock concert, and on the forthcoming record, En Francais: Cajun 'n' Creole Rock 'n' Roll, a 14-track affair that weds some of Acadiana's best Cajun and Creole musicians with hits from the classic-rock and Motown eras, all sung in French.

Is this just a bad-ass idea or what?

The record debuts next week at Rootstock, a three-hour concert that will also celebrate the debut of Bayou Teche Brewing Co.'s new dark beer. More on that in a moment.

En Francais opens with Lost Bayou Ramblers hoping they die before they get old in "Ma Génération" - as hard-driving and defiant as the original by The Who, but performed with traditional acoustic instruments. Where fiddles and accordions usually honor tradition, here they thumb their collective nose at it.

"I'm sure some folks have wondered about local musicians: Didn't they grow up playing rock 'n' roll? And, yeah, they can play that accordion, but can they cover The Beatles?" says Todd Mouton, executive director of Louisiana Folk Roots, organizer of Rootstock. "Well, this CD is Exhibit A through N, and Rootstock will be a living, breathing - and drinking - exhibition. The night will be a total blast, and supports so many great things about our home."

The music of my all-time fave, Les Scarabées (The Beatles), makes two appearances on the record - three if you count Les Malfecteurs' version of "L'argent (Ça Que Je Veux) AKA "Money (That's What I Want)," which the Fab Four covered. Cedric Watson's rendition of "Révolution" (a la the B side of the "Hey Jude" single, not the more laid-back version on the "White Album") mixes Watson's accordion licks with fuzzed-out guitar and a driving rhythm section, while Bonsoir, Catin's "Oh, Catin" ("Oh! Darling") is spot-on fantastic. "Oh, Catin" is practically a no-brainer for this record; it's the most "swamp pop" song the Beatles ever recorded, and the lasses of Bonsoir, Catin stay pretty true to the song's plaintive vibe. But they take liberties on "T'es Pas Bon" (Linda Ronstadt's "You're No Good"), performing it as a traditional two-step dominated by fiddle and acoustic guitar.

Fast forward to 2011 and it all comes together at the Vermilionville Performance Center on Wednesday, Oct. 5 during Rootstock. The show is a double debut - for Bière Noire, a new, dark addition to Bayou Teche Brewing's stellar line of beers, and for En Francais: Cajun 'n' Creole Rock 'n' Roll. The three-hour concert will feature Steve Riley & The Mamou Playboys, Feufollet and Bonsoir, Catin, with a special guest performance by Brother Dege, all of whom made contributions to the record.