"I am pleased to be working with Don Bacque and True PAC to keep consolidated government and oppose deconsolidation." 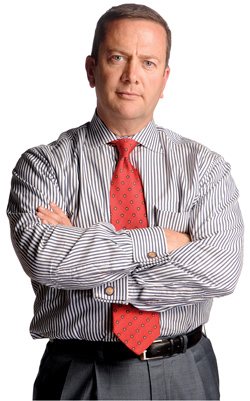 State Sen. Mike Michot, R-Lafayette, has joined the fundraising and awareness effort of True PAC, former state Rep. Don Bacque's political action committee devoted to fighting the Oct. 22 ballot measure that would repeal the Lafayette Home Rule Charter and reinstitute separate city and parish governments for Lafayette. A former member of the Lafayette Charter Commission that last spring recommended the repeal referendum for the fall election, Bacque has been making his pitch to keep Lafayette Consolidated Government intact to civic and government groups over the summer and now into the fall.

Then-Rep. Bacque was also one of the sponsors in 1992 of the state legislation that paved the way for the creation of LCG in 1996. While acknowledging that there are inherent threats to the city of Lafayette's sovereignty in LCG - especially the governance of city-owned Lafayette Utilities System - Bacque argues that the cost of creating and operating two governments is prohibitive and that de facto "deconsolidation" threatens both the city and the parish.

"I am pleased to be working with Don Bacque and True PAC to keep consolidated government and oppose deconsolidation," Michot writes in a Sept. 27 fundraising letter. "Under Don's leadership, True PAC has reached out to civic, business and political leaders to make our case."

The letter urges donations and attendance at an Oct. 19 fundraiser at Saint Street Inn. The event is designed to fund a final push of radio, television and direct-mail advertising.