Warren Perrin is this year's recipient of L'Orde du Bon Temps, or Grand Master of the Order of Good Times, from the Acadian Memorial. The event is held Oct. 13. 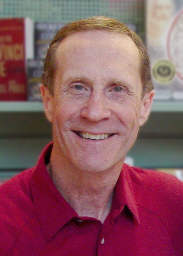 Warren Perrin is this year's recipient of L'Orde du Bon Temps, or Grand Master of the Order of Good Times, from the Acadian Memorial. The event is held Oct. 13.

L'Orde du Bon Temps is given every year to someone who is dedicated to preserving Acadian history. Perrin is the lawyer who gained worldwide attention for getting the Queen of England to "sign on the dotted land," reversing the centuries-old degree that any Acadian who stepped onto Canadian land would be executed. The law, long forgotten but still in effect (much like old laws about not tying up your horse on certain streets or legal ways to operate a carriage), was reversed two decades ago. Although some saw it as a stunt it was really Perrin's effort to gain attention to our area and to a history that has been long overlooked by the rest of the world.

This is the sixth year the award is given out. Samuel Chaplain founded L'Ordre de Bon Temps in  1606. It began as a celebration meal with the people who would now be called Canadian Indians.

The event could not be more downhome Cajun. Held one week from Tuesday evening at the Cade Community Center, Chef Rita Mae Lewis of St. Martinville will be cooking several courses with Chef Alain Bosse of Halifax, Nova Scotia, making the dessert. Stephen A. White, Acadian historian, will present a talk. Traditional Acadian dress is encouraged but not required. Tickets are a donation of $50 that goes to the Acadian Memorial Foundation.

The foundation educates and preserves Acadian history. It puts out a newsletter four times a year, maintains the mural of Acadians painted by local artist Robert Dafford depicting those who survived the exile and subsequent relocation while also maintaining the Eternal Flame and more.

Tickets can be purchased at 394-2258 or visiting acadianmemorial.org.