A publicly owned airstrip is going up in Cameron Parish, but a policy on who gets to use it is still being drafted, causing concern for some officials. 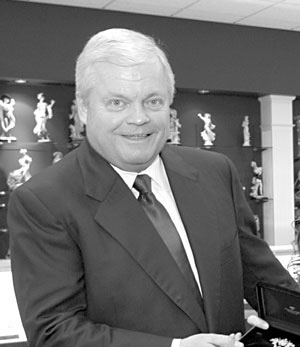 Rockefeller Wildlife Refuge is a flat, treeless expanse of land located in both eastern Cameron and western Vermilion parishes. Bordered by the Gulf of Mexico on one side, and Grand Chenier on the other, Rockefeller is a diverse wildlife area encompassing more than 70,000 acres with abundant fisheries and a wintering waterfowl population of 160,000 birds. On any given day, critters of all kind scamper around ' nutria, muskrat, rails, raccoon, mink, otter, opossum, white-tailed deer, alligators. The list goes on, reading more like a zoo inventory than a south Louisiana refuge.

But as of late, they have new neighbors in Rockefeller. About 70 men and women from the Louisiana National Guard's four engineer battalion units have been rotating shifts for months at the refuge. Using heavy equipment, such as front-end loaders and dozers, the teams are laying the foundation for a new 3,700-foot airstrip. Lt. Col. Pete Schneider, a spokesman for the state guard, says it's good experience. "This is what they were doing in Afghanistan, and it's what they'll be doing again in the future," he says. "It's really great training, and it's related directly to their military specialty."

The soldiers are in Rockefeller because the runway is a Community Assistance Project, a routine function of the guard that provides labor and other services for public causes. But unbeknownst to them, the construction project is a source of worry among a few public officials who are concerned the runway offers no real benefit for the state and could be abused if not closely monitored. Other state and local officials, however, tout the strip as a crucial site with multi-faceted uses.

Jimmy Jenkins remembers fighting the issue when it crossed his desk. Jenkins served as Department of Wildlife and Fisheries secretary for eight years under former Gov. Mike Foster and says the project didn't pass his personal smell test. "We looked at it long and hard and decided it just wasn't a good idea to do it," he says. "I didn't think it was cost efficient. It was a waste of money."

Jenkins also says he became cautious when he considered that some entities might want to use the runway for recreational purposes. "Acadian Ambulance wanted to use the runway," Jenkins says, adding that the company lobbied him on behalf of the project. "They thought it would be a good emergency strip, but they have all those helicopters flying over all the time and they can land anywhere." (There's also a landing strip a little more than an hour away at Lake Charles Regional Airport.)

Jenkins says he communicated during that time with Richard Zuschlag, chairman and CEO of Acadian Ambulance, who maintains a camp in nearby Grand Chenier that's well known as a prime spot for Acadian to entertain associates and clients. Zuschlag answered questions concerning the runway in an e-mail.

"When a group of people in the Grand Chenier/Cameron area asked for our support, our company simply wrote a letter to the Refuge saying that should they be in a position to complete the runway it could be used by Acadian Ambulance to evacuate the elderly and handicapped and sick in the event of a hurricane or other natural disaster," Zuschlag wrote via e-mail.

"We do not see any economic incentive for being able to use the runway except to evacuate medical patients in times of emergency," he continues. "In most cases, that is done by helicopter. Fixed-wing would only be used for multiple patients during disasters, so we were simply one of the businesses that suggested that the Refuge consider completing a project that was started 12 years ago. Other than that initial letter that they requested, we have not lobbied for them to finish the runway."

Acadiana Ambulance also has a vested interest in air transportation. The company operates Executive Aircraft Charter Services, a private charter company that offers travel anywhere in North America. Zuschlag did not respond to follow up calls concerning Jenkins' specific comments or the functions of the charter service. Members of the current administration at the DWF say Zuschlag has never contacted them regarding the runway.

The project is scheduled to be unveiled the first week of September as a "publicly owned restricted use runway" ' but at press time, the state DWF had not completed a use policy for the airstrip. Officials have stated that "anyone that satisfies the policies that are being developed by the department could land at Rockefeller." A small fuel tank is also being considered for the site, but it would be for state use only.

Bo Behringer, DWF spokesman, says the rules are being drafted by the department's administration with some input from elected officials and public agencies. A draft policy will be distributed at the unveiling and then reconfigured based on feedback from certain parties. As far as a traditional public meeting, where citizens could add public comment, there is nothing being planned, he says. But at least public official is pushing to have it included on the agenda of its regular October meeting.

Mouton is also worried about the rules being drafted. "(The commission) is supposed to set that policy," he says. "That should go through us, and I've asked that it be included on the agenda for the October meeting."

DWF has maintained an airstrip at Rockefeller since the late '50s, but several factors including natural wear and oil activities forced the strip into disrepair during the late 90s. Renovation projects by DWF have been launched and abandoned in the past, but only recently has there been chatter about revamping the existing infrastructure. Earlier this year, the department set aside $1.6 million for design costs and materials, and the Louisiana National Guard was tapped for free labor and heavy equipment. No tax dollars are being used for the project; rather, the money comes from a special fund used solely for Rockefeller. Those dollars originated as oil and gas revenues from the site and grew with interest over time.

With positive and negative feedback in hand, current DWF Secretary Dwight Landreneau has moved the project along at a steady pace. He argues the department will glean many benefits from the runway. Wheeled planes are often needed to conduct waterfowl surveys; search and rescue missions are often launched; and live fishery samples from other states regularly need to be transported. Additionally, the department's enforcement division uses aircraft to patrol for the illegal use of gill nets and other activities.

And out of all the parishes in the state, Cameron has the largest amount of land area without a hard surface runway, he adds. As such, letters of support have poured in from local legislators and several agencies in Cameron, including the police jury, assessor, district attorney and mosquito control. "(The runway) would provide a range of vital services to the community which are presently lacking, like medivac, Civil Defense, and Civil Air Patrol," state Rep. Mickey Frith, D-Abbeville, writes in support of the project.

Gov. Kathleen Blanco, an avid duck hunter who is familiar with the wildlife area, says she was made aware of the project only recently, but adds she is in full support. The Cameron area has been lacking such a facility for years, she says, and it's due time it received the infrastructure and the attention.

Landreneau and others also point to traveling dignitaries, oil executives and outdoor writers as potential users of the runway. Everyone from scientists and businessmen to TV personalities and conservation groups have journeyed to Rockefeller to observe how oil and gas activities can be conducted on a fragile site without adverse environmental impacts, Landreneau says.

While the issue seems to be heating up on the back end of construction, the project will soon be completed, and the area will have its first reliable runway in several years. But many will be waiting to see what's included in the use policy. "You put a runway down there on a piece of property at the refuge, and there could be abuse," Mouton says.