In the throes of bankruptcy reorganization, KADN Fox 15 launches a local newscast. 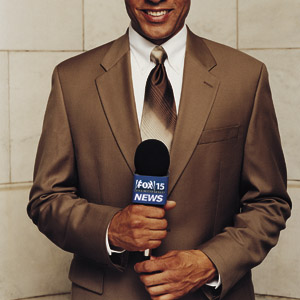 In an inexplicable move, Communications Corporation of America, the locally-owned media conglomerate that has steadfastly refused to add a news product to its TV stations, is launching a 9 p.m. newscast here in early April. In the midst of Chapter 11 bankruptcy reorganization along with a large group of sister stations, KADN Fox 15, the local affiliate that airs on Cox Channel 6, will begin a regional and local news program in early April, according to sources approached to advertise during the newscast.

WVLA is offered in Lafayette on Cox Channel 3, and former KLFY TV10 anchor Val Wilson is anchoring and reporting there. Meteorologist Nelson Robinson of Lafayette, who does the weather for both Baton Rouge stations, will provide weather coverage here as well. Robinson left KATC 17 years ago to start Lafayette-based Alert Weather Services Inc., which serves the offshore oil and gas industry, and has been commuting to Baton Rouge for his new gig.

KATC TV3 General Manager Andrew Shenkan says viewers may not be so quick to embrace a 9 p.m. newscast. "This is a non-traditional news broadcast window for Acadiana viewers. I applaud another company wanting to establish a news product in Acadiana. I just think they have big shoes to fill," adds Shenkan. "Is there room for a third? The viewer will decide that."

From April 26 to May 23, Nielsen Media Research will survey this market for its May ratings book, which will be released at the end of June or early July ' providing the first glimpse into KADN's news ratings at 9 p.m. If they reveal any significant viewership, upcoming election advertising could offset the news operation's start-up costs.

Lester Langley, who owns Fox affiliate KVHP in Lake Charles, shuttered his start-up newscast in 2004 because NBC affiliate KPLC is so entrenched in the market. He cites KPLC's dominance as a primary factor in his newscast's demise, as well as the trend that had many viewers turning to network news after the terrorist attacks of Sept. 11, 2001.

"We had it about five years and found it was difficult to change viewing habits," says Langley, stressing the outcome may be different here with two local affiliates, KATC and KLFY, already vying for viewers. Langley says the startup costs combined with more than $1 million in annual expenses to operate the newscast had him in the red year after year ' the very reason so many are wondering how a company in the throes of bankruptcy reorganization can justify such expenditures.

Though he is not familiar with KADN's plans here, Langley believes the Galloway group may realize some savings by sharing resources and talent with the Baton Rouge stations. While the Galloways do not have news experience, Langley says they may have adequate management in place. "They've got some real good management talent. I'm sure they've looked at this very carefully and aren't doing this as a knee-jerk reaction," he says.

When Fox corporate chief Rupert Murdoch began strong-arming local affiliates to offer news programs in recent years (and supported them with financial incentives), "ComCorp did not blink, and they never did a newscast," says KPLC General Manager Jim Serra. "So the general consensus is that [this news launch] is a little odd."

What might work for ComCorp is the Lafayette/Baton Rouge connection, Serra says, because both markets' economies are growing at a rapid pace. "I'm just speculating that what you'll see is a regional newscast that covers Baton Rouge and Lafayette."

Speculation in media circles is that the Galloways are using the news operation to try and build value in the stations for a potential post-bankruptcy sale. The stations were on the sale block for months before the June 2006 bankruptcy filing but did not fetch any suitable offers.

White Knight and ComCorp, which also owns Lafayette's My Network TV affiliate KLAF TV 17 (Channel 13 on Cox cable), last week filed a reorganization plan they hope will pull them out of bankruptcy and allow them to continue owning and operating their stations. In order to do that, they are putting up $10 million of their own money to recapitalize the company. The bankruptcy filing revealed that the financing was structured so that none of the owners are personally liable for the debt. The companies claimed they were forced into bankruptcy after failing to reach a workable restructuring agreement with senior and junior lenders. In essence, the Chapter 11 bankruptcy protection from creditors was a strategic business move that may help the group dodge a large portion of its debt.

The local group's New Orleans attorney, William Patrick III, says if the plan is accepted by creditors and confirmed by the court, two or three stations (neither Lafayette nor Baton Rouge stations are in the proposed sale) will be sold to generate about $75 million to pay down senior debt owed to creditors represented by GE Capital Corp. The remaining balance owed to the GE creditors, $131 million, would be paid out over five years.

All of the trade creditors the stations do business with would be paid in full, $3.5 million, within 120 days, but the unsecured creditors would only get $5 million of the $170 million they are owed.

The court will decide at an April 13 hearing whether the plan has been thoroughly explained and is ready to be voted on by creditors. It's anybody's guess whether the creditors, in particular unsecured creditors like Bank of Montreal and investment firm Apollo Capital Management, will go for it. According to tvnewsday.com, a broadcast industry news source, Apollo and Tom Galloway are equal partners in 10 Comcorp stations.

"Under other, alternate scenarios, they may not get anything," Patrick says.