Senior quarterback Chris Masson, who filled in for injured starter Blaine Gautier Saturday and led the Cajuns to a 31-17 victory over Troy, is the Sun Belt Conference Offensive Player of the Week.

Senior quarterback Chris Masson, who filled in for injured starter Blaine Gautier Saturday and led the Cajuns to a 31-17 victory over Troy, is the Sun Belt Conference Offensive Player of the Week.

Masson came off the bench in the first series of the game and finished the night 21-of-29 for 211 yards with a pair of touchdowns and no interceptions. Masson lost the starting position to Gautier earlier in the season and hadn't attempted more than 13 passes in a game this year.

The Cajuns have dominated the SBC's Player of the Week picks this year, as this is the fourth straight week a Cajuns player received the honor. 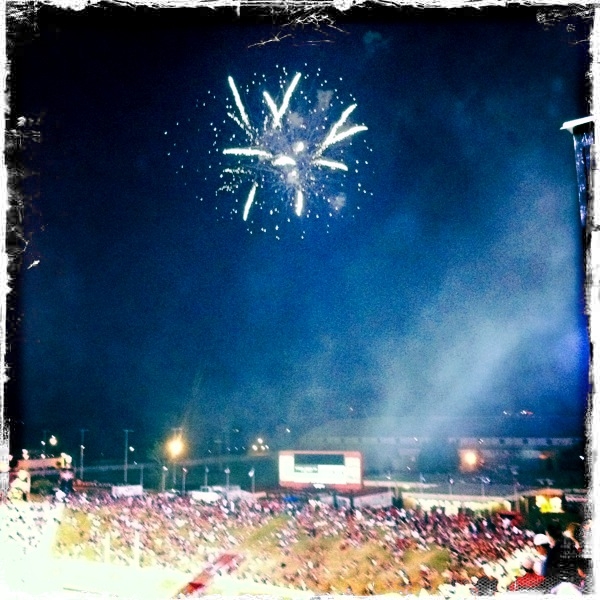 Halftime fireworks celebration during UL Lafayette's victory Saturday      over Troy in front of a crowd of 29,775.

Masson's first TD pass came on his first pass of the game - a fourth-and-goal play from the Trojans' one-yard line. Leading 7-3 in the second quarter, Masson directed a six-play, 79-yard scoring drive that culminated in a 26-yard touchdown pass.

Honored Monday, the Miami native picked up his second career SBC weekly honor. His first honor came Oct. 4 of last year, after passing for a then career-high 310 yards at North Texas.

The Cajuns are now 5-1 (their only loss was the opening game to No. 6 Oklahoma State) and have tied the SBC record for best start to begin a season. They face North Texas (2-4) in homecoming play Saturday at 4. Head coach Mark Hudspeth told The Daily Advertiser Gautier, a junior from Lutcher, has recovered from his sprained ankle and will start the game. Gautier himself earned the SBC Offensive Player of the Week honor Sept. 26, after the Cajuns' upset win at Florida International.

Reminder to readers: Send us your Ragin' for the Cajuns spirit photos Friday before 11 a.m. Email them to Robin May at [email protected] Read more about the contest here.