With ties to the original settlers and an abiding devotion to Acadian and Creole furniture, cabinetmaker Greg Arceneaux sets up shop for the first time at Festivals Acadiens et Creoles. By Walter Pierce

Greg Arceneaux traces his family history back to Le Grand Dérangement - the expulsion of the Acadians from Nova Scotia by the British in the mid 18th century - and a land grant in St. James Parish.

With ties to the original settlers and an abiding devotion to Acadian and Creole furniture, cabinetmaker Greg Arceneaux sets up shop for the first time at Festivals Acadiens et Creoles. By Walter Pierce 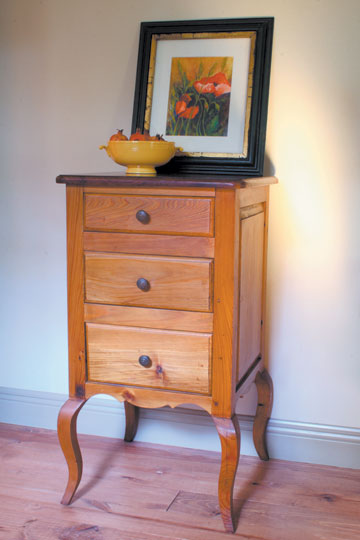 Greg Arceneaux traces his family history back to Le Grand Dérangement - the expulsion of the Acadians from Nova Scotia by the British in the mid 18th century - and a land grant in St. James Parish. An apocryphal tale in the Arceneaux family says the oak trees at Oak Alley plantation were planted by his ancestors.

It's little wonder the master craftsman would be drawn to a style of furniture that originated in colonial Louisiana and nearly fell extinct as the march of modernity and mass production washed over Bayou State culture a century or so ago.

After graduating from LSU with a fine arts degree - Arceneaux lived for a time in Lafayette in early '70; he met his wife at the famous Jay's Lounge and Cockpit in Cankton - he decided that art for art's sake wasn't his style. Acadian and Creole furniture were.

But he had to make do at first.

"I wanted to combine utility with beauty," Arceneaux recalls. "I wanted to give my creations purpose beyond aesthetics and allow them to connect with people's daily lives. I am basically self-taught because in the early 1970s there was very little training available for aspiring furniture makers in our area. I moved to Lafayette and managed to acquire some basic tools to practice woodworking techniques using recycled and found wood from demolition sites, houses being torn down as well as motorcycle and music store crates."

"We began learning the Cajun French language that was being lost to the older generations, we started paying attention to our uniqueness and clinging to it before it disappeared," the 60-year-old says. "I started visiting antique shops and collectors. There was a show in The Cabildo which also came to Lafayette of traditional Louisiana colonial furniture; pieces all made by Creole, Acadian and Spanish Louisiana native cabinetmakers. It was the first show of its kind as there are not very many examples of this style of furniture that have survived."

The simplicity and elegance of the style caught Arceneaux's eye. Furniture became a way to express himself artistically, to commemorate his cultural heritage and to make things that celebrate form and function with equal aplomb. His shop in Covington turns out everything from $10 roux spoons to $30,000 custom conference tables, but most of his business is from regular folks who appreciate the austere beauty of traditional Acadian and Creole furniture, and who simply want a solid piece of elegant furniture in their home. Arceneaux works with traditional Louisiana woods - cypress, poplar, walnut, Spanish cedar, cherry, pecan - that are locally sourced. 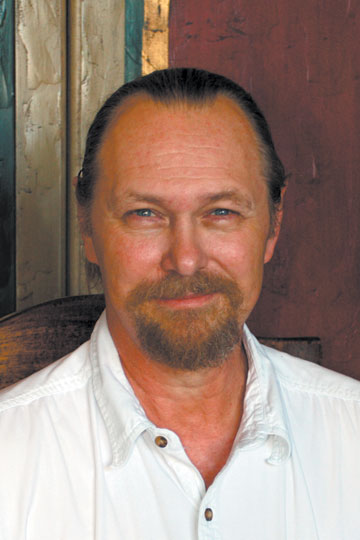 But the eye for detail doesn't end there: "We use traditional techniques to ensure that these pieces will endure for generations just like the originals that inspired them," he adds.

As a member of the Louisiana Crafts Guild, Arceneaux's work is available in Lafayette year-round at Sans Souci Fine Crafts Gallery located adjacent to the eponymous park downtown. But he returns to Lafayette this weekend to join other crafts people at Girard Park during Festivals Acadiens et Creoles, a most appropriate venue for his Acadian and Creole creations.

"The decorative arts and furnishings are a tangible part of our culture just like the music, food, dance and language," he adds. "What sets us apart is that once the last note has been played, the last dance danced, last bite of Granma's delicacies consumed, my furniture is still there. What makes them similar is just like the recipes, lyrics, language and instruments, my furniture can be passed down generations."