Surely it's a mistake we thought at first, awaiting a clarification of some sort in today's Daily Advertiser. But none came. District 9 City-Parish Councilman William Theriot has finally admitted to what we've been saying all along - he's a do-nothing, propose-nothing representative of the good people of his district.

When Theriot was inducted into The Independent's Couillon Hall of Fame in October 2010, we pointed out that in the previous three years he had voted "no" on every city-parish operations budget submitted while proposing nothing as an alternative or substitute.

In the Daily Advertiser's 2011 Voters Guide, published Sunday (with a portion of P7G reproduced here), Theriot was asked to name his proudest achievement. His answer: None.

Theriot, who has won the endorsement of the TEA Party of Lafayette, was also the subject of last week's Dumber Crunch.

But apparently, it only gets better as election day draws nearer. 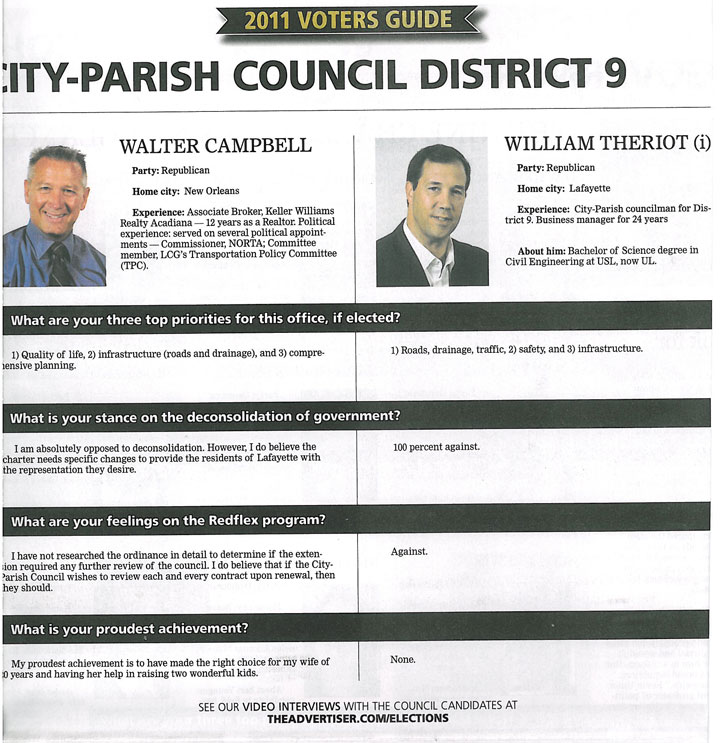