Meanwhile, the BESE District 7 race could figure into Lafayette Rep. Joel Robideaux's bid for speaker of the House.

Lafayette Republican and former Louisiana Teacher of the Year Holly Boffy has urged a political action committee to stop running television ads attacking her opponent in Saturday's election for the District 7 seat on the state Board of Elementary and Secondary Education, incumbent Dale Bayard of Sulphur, who is also a Republican. The group, ABC PAC, is refusing to pull the ad (click on link below), which accuses Bayard of lowering educational standards, pushing for social promotions and siding with "New Orleans liberals" during his tenure on the board. 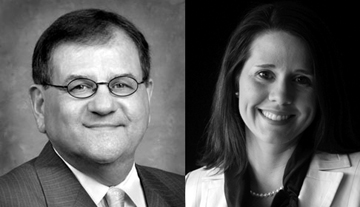 This week Boffy, through her campaign committee, released a statement distancing herself from the ad: "We had absolutely nothing to do with this commercial. We are running on MY experience and MY credentials. This commercial is directed at my opponent and since there are only two of us in the race, it leaves the impression that they are done either by our campaign or with our consent. This is not the case. Therefore, I'm asking those responsible to pull the ad immediately and let voters know that they were done without our knowledge or support. As a parent and an educator, I believe it is important to lead by example. The commercial is not the example I want my child or students to follow."

However, a spokesman for ABC PAC, tells the Associated Press: "We respect Holly Boffy. We think she's a great candidate. We respect her request. We do not plan on pulling the ad, though. We think the voters deserve to know about her opponent's record."

The race for BESE 7 could also have ramifications in the contest for Louisiana House speaker. The two main contenders at this point - and each is actively lining up support among fellow reps - are newly minted Republican Joel Robideaux, the current speaker pro tem from Lafayette, and Lake Charles Republican Rep. Chuck Kleckley. Each speaker candidate appears to fall on either side of the Boffy-Bayard divide, based on campaign contributions and/or publicized endorsements. 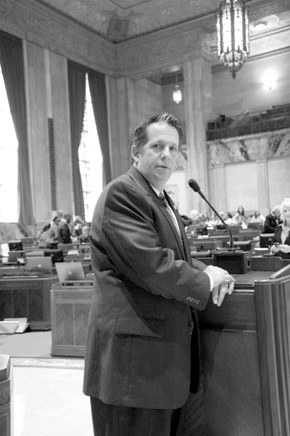 Robideaux has publicly endorsed Boffy, while Kleckley, according to Bayard's campaign finance report posted at the Ethics Board's website, donated $250 to Bayard for Bayard's 2007 re-election campaign. According to Bayard's most recent campaign report with the board, Kleckley has not made a donation to Bayard this election cycle, nor has he apparently endorsed Bayard for re-election. (Bayard touts no such endorsement from Kleckley on his campaign website, although he does trumpet other endorsements. The Ind called Kleckley's legislative office in Lake Charles and left a message but did not hear back from the representative by the time this story was posted online.)

Why is this of any significance? Because Gov. Bobby Jindal has endorsed Boffy and, through his campaign committee, has contributed $5,000 - in separate $2,500 donations - to her campaign. Boffy is widely seen as an education "reform" candidate, and the reform-minded Jindal is looking to stack the BESE deck in his favor. (The Louisiana governor gets three appointments to BESE; the remaining eight members of the board are elected from districts scattered around the state.)

ABC PAC has made its anti-Bayard commercial unavailable for embedding on YouTube, but you can view the spot by clicking here.