Located in the heart of downtown, the Lafayette Science Museum wants to be Lafayette's epicenter for everything science and beyond.
By Emily Henagan    Photos by Robin May

The Lafayette Science Museum's curators and employees' ingenuity is illuminated by the Dinosaurs exhibit and 2011 Museum of Fear. However, the newly installed administrator, Kevin Krantz, and his team of innovative science buffs have no intentions of stopping there.

Located in the heart of downtown, the Lafayette Science Museum wants to be Lafayette's epicenter for everything science and beyond.
By Emily Henagan    Photos by Robin May 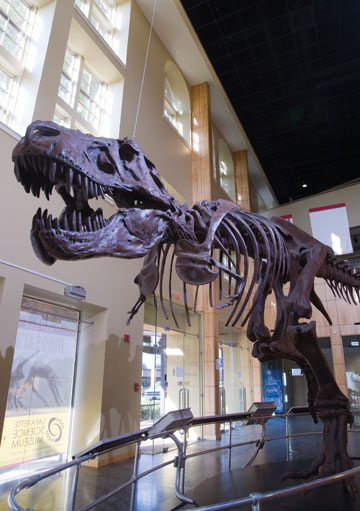 The Lafayette Science Museum's curators and employees' ingenuity is illuminated by the Dinosaurs exhibit and 2011 Museum of Fear. However, the newly installed administrator, Kevin Krantz, and his team of innovative science buffs have no intentions of stopping there.

"We have a lot of exhibits and programs on the horizon," says Krantz, who doubles as the exhibits curator. "We want to establish permanent exhibits having content reflecting local relevance," adds David Andrus, the LSM Foundation's vice president.

To celebrate the bicentennial of Louisiana's statehood in 1812, the museum will present "Technology and Louisiana: 200 years later." This exhibit will include the Winchester weaponry section, which will showcase rifles ranging from 1857 to 2006. According to Krantz, Winchester has not loaned out or allowed the public to view most of its rifles. Now, visitors to the Lafayette Science Museum will gaze at blowguns, swivel cannons, Civil War horse-draw cannons and loaned rifles. Museum spectators will observe how their ancestors handled and treated malaria, yellow fever and leprosy. The exhibit will premiere in 2012, but the exact dates have not been set yet.

Currently, visitors can be transported into a "Jurassic Park"-esque world where a 60-foot-long model of an Apatosaurus skeleton and one of the largest re-creations ever built of a prehistoric environment are just a few of the attractions displayed over a sprawling 7,000-square-foot exhibit. A full-size cast skeleton of a Tyrannosaurus rex guards the exhibit.

"The Dinosaurs exhibit has a real relevance to our understanding of [the] world," says Andrus.

"I'm glad those things aren't on Earth still," Krantz jokes as he briskly walks by the breathtaking skeleton. "I'd be that thing's meal!"

FEAR FACTOR
Although dinosaurs are not roaming through the museum's halls, bloodcurdling characters haunt the museum's third floor for the 2011 Museum of Fear. The Museum of Fear is Krantz's brain child. After growing weary of the monotonous benefit dinners and run-of-the-mill charity soirees, Krantz and Andrus imagined a haunted house to raise funds and awareness for the museum on the corner of Jefferson and Congress streets. The haunted house resurrects an imagined story of a scorned bride, incorporating a fog machine and seasoned actors who chill and thrill visitors.

"I'm a horror aficionado," says Krantz with a mischievous smile and gleam in his eyes. "I like high-quality scares. We want to scare the dickens out of anyone."
Not in the mood for frights? The museum offers a planetarium with a dome ceiling, which is the perfect aesthetic to simulate space. Dim the lights and click on the slides in the full-dome planetarium and become consumed with childhood wonderment at the moving constellations, planets and glistening stars. David Hostetter, the planetarium curator, says the space will get revamped with advanced technology that will elevate visitors' experiences.

"People are going to find that the programs are more visually exciting," says Hostetter, an Ohio native who became enamored with Lafayette's culture. "One of the things that is really interesting is that instead of just having a view of the stars as we see them from Earth, we'll be able to simulate flying through the universe. So, if we want to talk about Mars for instance, we'll be able to fly to Mars, land on it and see its moons."

"It's going to be a really good way to help people understand the state of modern astronomy," says Hostetter. "We're going in a good direction. I'm really happy to see the connections we're making with the university."

These connections include UL Lafayette's physics, geology and biology departments, as well as the college of education. Funded through Lafayette Consolidated Government, the museum also collaborates with the University Medical Center's health science library and Northwestern State University. 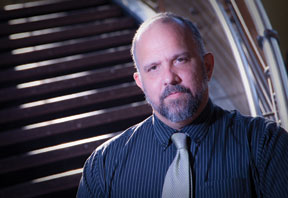 "We were relatively isolated from the community, but now we're making the museum more inviting," says Krantz, who gained a plethora of managerial, drafting, business and art experience before taking on his role as administrator. "This museum isn't stoic and stuffy. It's fun and engaging. I'm a science fanatic, and I've always loved it."

Another science fanatic on staff is Deborah Clifton, the collections curator.

"I was really interested in medical and scientific collections. Collections is a behind-the-scenes aspect of the museum, but it is one of the most fascinating ones," says Clifton, an adjunct professor at UL. "Any area really where there is a question of promoting scientific research and education, especially in relation to our region, we are pretty much involved with in some way. Our mission is really an educational one. We do a lot of interdisciplinary work, too."

"I'm delighted he is the new director," says Clifton. "He's a good person to work with, and he loves the community. He's completely dedicated to promoting the museum. There are some museums that are distant from their communities, but that's never been our goal."