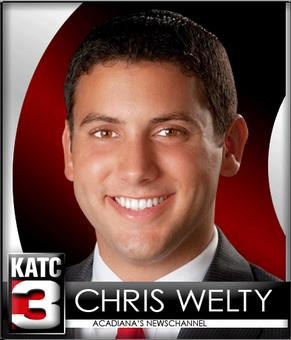 A search of Jindal's campaign finance reports through the Louisiana Ethics Administration website shows that Welty has been paid almost $2,000 from Jindal's 2011 gubernatorial campaign while working as a part-time news reporter for KATC.

KATC General Manager and President Andrew Shenkan says the station was made aware of Welty's second job sometime after Welty received his last payment from Jindal on Sept. 30. Welty has since severed his employment ties to Jindal's reelection bid.

"We have a very strict policy on potential conflicts of interest, particularly with our information gathering employees," Shenkan says. "We dealt with it appropriately as established by our policies. There is no relationship that I'm aware of at the present time."

"If this is true, clearly this is an avoidable conflict," says Dr. Robert Buckman, a UL journalism professor who served for 15 years on the Society of Professional Journalists' Ethics Committee. "He was clearly violating the code of ethics by accepting money from a politician while also working for a news medium. That's a serious ethical no-no. He should have disclosed it."