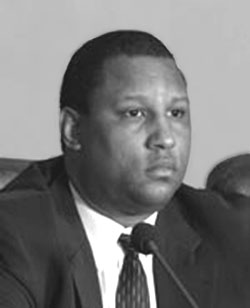 Last week, Councilman Chris Williams hammered home the mantra "the shell game continues" to decry the disparity of road construction funding between north and south Lafayette. He repeatedly used the line in a speech at last Tuesday's council meeting before a crowd of about 75 supporters who opposed the transfer of funds out of I-10 frontage road projects to complete drainage work on Verot School Road. The Durel administration proposed the shift from various under-funded capital improvement projects in order to get the $1.2 million it needs for the state's $16 million widening of Verot.

Now, some fellow government officials suspect that Williams is orchestrating a shell game of his own related to his support of Lafayette Utilities System's fiber-to-the-home project.

"I think he was always looking for an excuse not to support that plan," says Council Chairman Randy Menard. "If he doesn't get his way, everyone suffers the consequences. I think he was never committed on the fiber plan. He always advocated Cox and BellSouth's position. He was always communicating with representatives of BellSouth."

At Tuesday's meeting, Williams stated he and other north side activists might reconsider supporting the LUS fiber plan.

"I was surprised when he made that comment," says LUS Director Terry Huval. "But I also think that it was a very emotional meeting, and I believe that Dr. Williams knows that this fiber initiative would be a benefit for Lafayette and help save his constituents money."

After last week's council meeting, Williams said he planned to meet with a group of north side leaders on Friday to plot a course of action in the aftermath of the Verot School Road funding decision ' including whether or not to support LUS' fiber initiative in an election. "There's going to be some major things happening in the next few weeks," Williams says. "This is not the end of this situation. We will take some action."

After losing a lawsuit over fiber bonding procedures, the Durel administration is set to present the council with a new bond resolution next month ' one that would set a July 16 public election on the LUS plan.

North Lafayette support will be crucial for a mid-summer, single-issue election. Housing Authority Director Walter Guillory, who heads a citizens' committee on the digital divide, says he doubts his fellow north side residents would vote against the LUS fiber initiative in retaliation over capital improvement funding.

"Sometimes one incident can trigger some negative things that have built up over a course of time," Guillory says. "But there's some intelligent people on the north side that will see the benefit of [the LUS plan]. It's two different issues. People are just too intelligent and not that mean-spirited."

One high-ranking government official who insisted on speaking anonymously was concerned about Williams' political acumen hurting the LUS fiber plan. "If I were LUS, I'd be very concerned," he said. "Historically, opposition turns out for this kind of an election. [Williams] is well organized and his thought process is good and you've got to admire him for that. He always gets the last word."